Alexander Graham Bell once said, “When one door closes, another door opens.”

It’s a quote we’re all very familiar with, often splayed on inspirational posters hanging in your therapist’s office or memes (with gratuitous cat photos, of course) hijacking your Facebook feed.

But the quote actually goes on to say, “But we so often look so long and regretfully upon the closed door, that we do not see the ones which open for us.”

While this may be the case for some, for chef Stephen Jones, it’s quite the opposite. For the burly, linebacker-esque force in the kitchen, he doesn’t just go through open doors, he busts right through them…with no looking back.

But his latest venture is more than just a venture, it’s a passion. 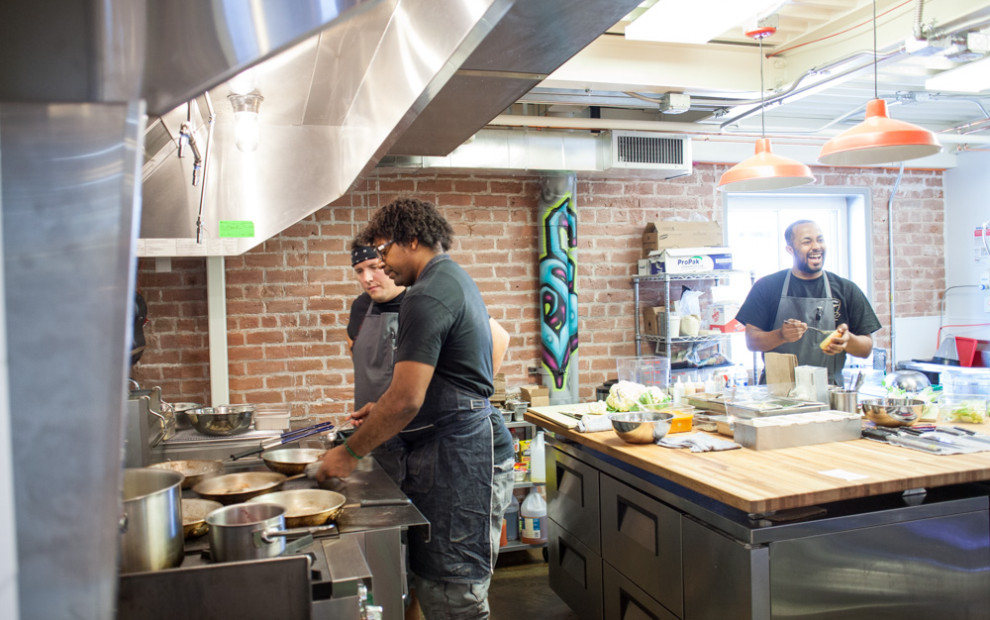 “I don’t know if it was fate or whatever, but on the exact day I left Bluehound, I met Shawn (Connelly) and the rest is history.”

Currently, the former Chrysler car dealership built in 1928 houses, six restaurants, including Jones’ own Yard Bird + The Larder where “essences of the South and a touch of smoke” is always on the menu.

“The idea for Yard Bird came way back when I was with Bradley Ogden in Las Vegas,” says Jones. “I have family roots and ties in the South and it’s one of my favorite things to eat. Comforting isn’t the word…it’s an essence.”

Jones says the menu—and its creative dish names—is inspired by food slaves in the South created during the Civil War era. 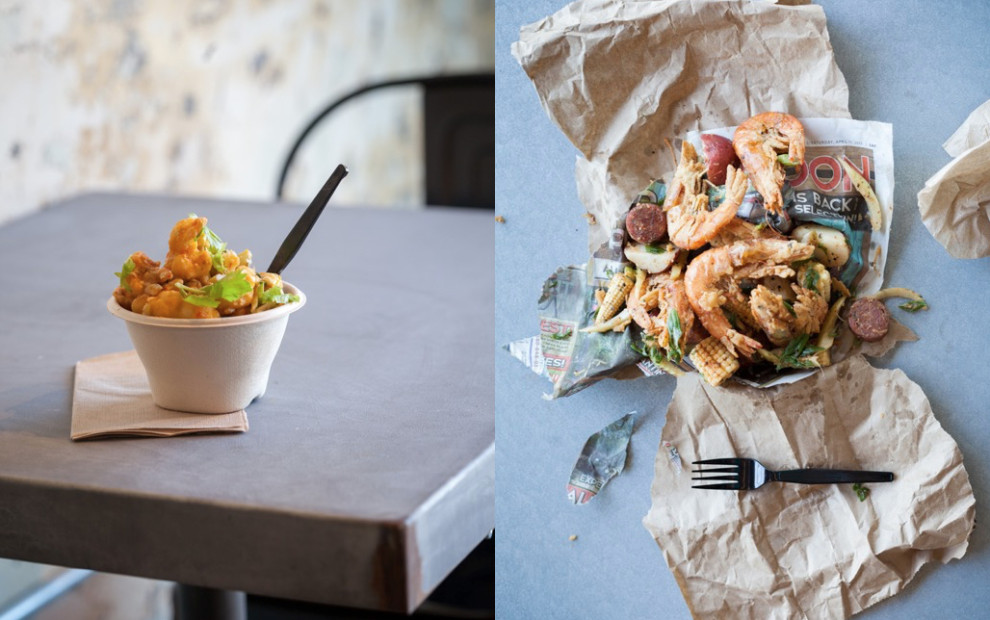 “We’re teaching people about American food—what it was, what it is and what it can be,” he says.

While Jones gets most of his ingredients here—thanks to local farms and purveyors such as McClendon’s Select and Homeboys Hot Sauces—he does source a few things straight from the deep South.

“I get sorghum from Kentucky, as well as regional items from South Carolina, Alabama and Mississippi,” he says. “It’s a grind, but it’s a fun grind.”

Jones says the menu has slight changes every other month or so, but some things—like the chicken skin po’ boy and Buffalo-style cauliflower—are permanent. And while the restaurant is just a few months old, that isn’t stopping him from seeking out that next open door.

“Yard Bird will evolve into something bigger than me and that’s OK, he says. “Let’s just say, its bigger brother is already in the works.”

What is your idea of the p 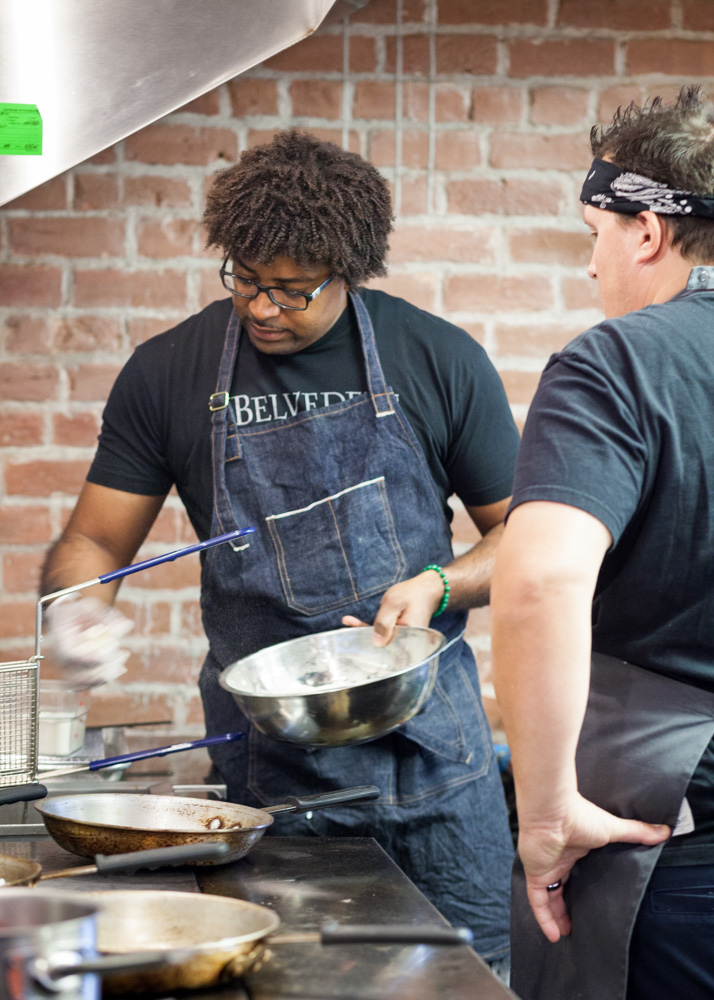 What is the trait you most deplore in yourself as a chef? Sometimes, I can be too nice.

What is your greatest food extravagance? Ayu. It’s a Japanese river fish.

What is your state of mind in the kitchen? Serious, but also cool, calm and relaxed.

What do you consider the most overrated ingredient? Bacon. And pizza.

On what occasion do you lie in the kitchen? I don’t. It gets you in trouble.

What is the quality you most like in a meal? Balance.

Which words or phrases do you most overuse in the kitchen? Weeds.

When and where were you happiest in your culinary career? I’m really happy now, but, as a chef, the happiest time is when it’s all about the food and the guys working alongside you.

If you could change one thing about yourself as a chef, what would it be? I’d find a way to create more hours in the day.

If you were to die and come back as an ingredient, what would it be? Salt.

What do you regard as the lowest depth of misery in the kitchen? Cleaning crosnes (also called Chinese artichoke or Japanese artichoke).

What do you most value in your crew? Determination.

Which historical or iconic chef or person do you most identify with? Charlie Trotter for many reasons, but definitely because of his philanthropy. It’s huge with him and it’s huge with me.

What is your greatest regret in your culinary career? Not traveling more.

What is your motto? Make it nice.