If you’ve ever tried to brew beer or cider at home, then you know fermentation is hard to control. It means forcing the chemical breakdown of a substance to happen on your terms and timeline, and almost always requires plenty of practice before you get it right.

When you’re brewing, that can mean gallons of waste before you land on a recipe that works—the bitter, astringent mistakes are just part of the journey on the way to the perfect sip.

As the founders of Arizona’s first craft cider company, you can bet Jason and Josh Duren have endured many a sour sip before ending up where they are today. This Veterans Day, they plan to open the doors to the Cider Corps tasting room, where patrons will be able kick back and enjoy nearly a dozen varieties of locally made hard apple cider. 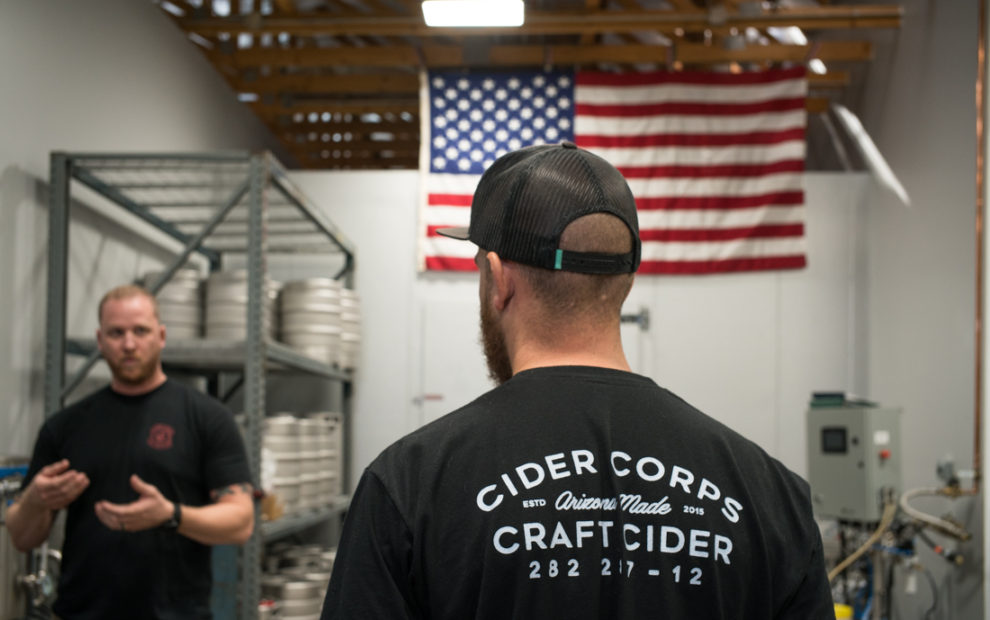 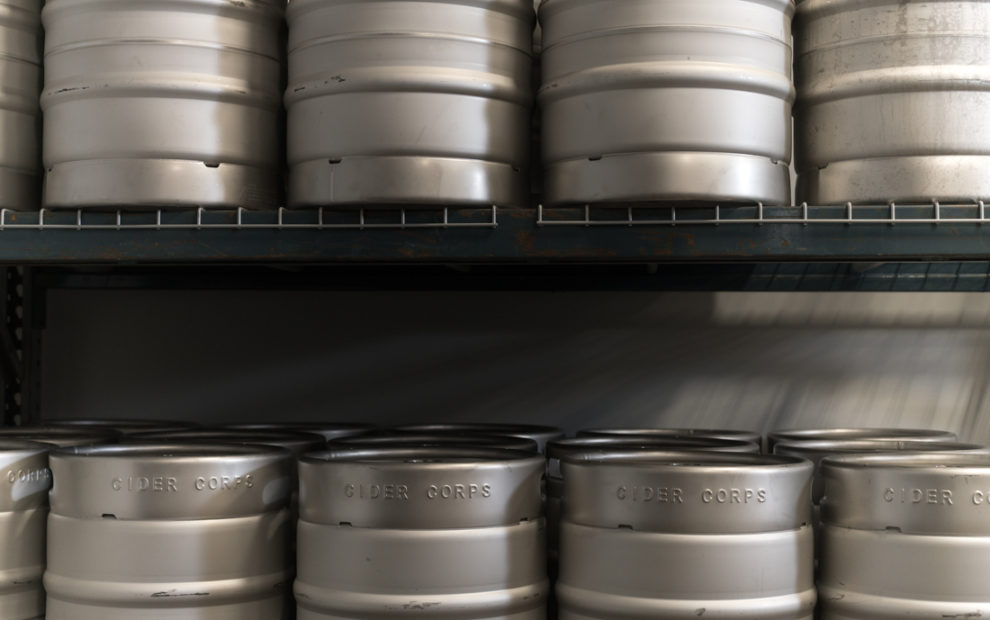 In both the literal and figurative senses, turning something hard to swallow into something pleasant is at the heart of the Mesa-based business.

Jason, a former heavy equipment operator in the U.S. Marines Corps, only came to the idea of brewing cider after sustaining two traumatic brain injuries from improvised explosive devices. He was medically discharged from the Marine Corps and sent home to Arizona, where he and his brother Josh began to explore home brewing. 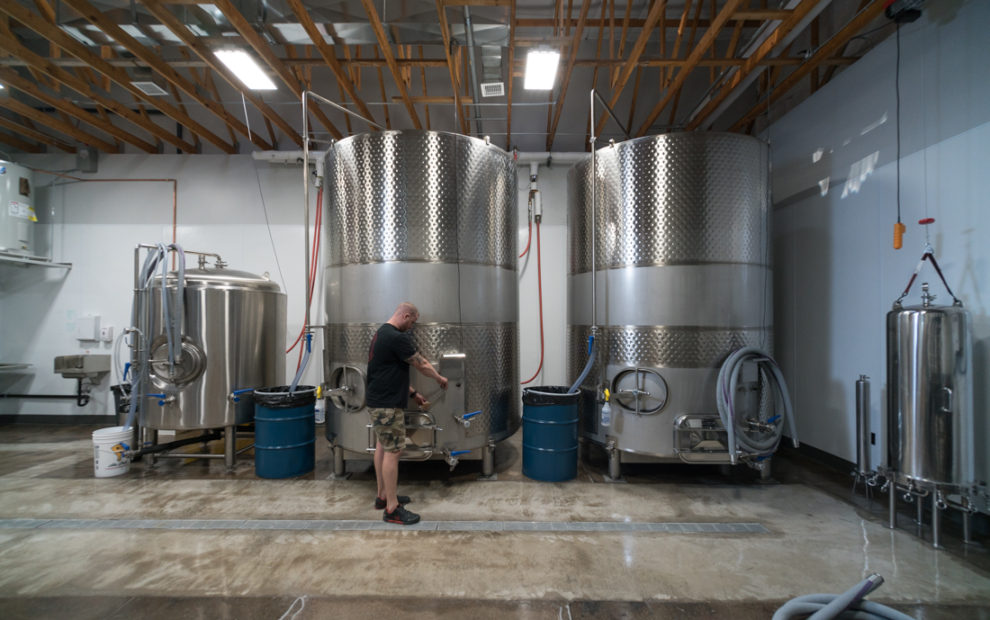 Over the next two years, they perfected recipes for at least 10 different flavors of cider, ranging from a prickly pear infusion to a pumpkin pie-inspired concoction. Unlike most cider-makers who use added sugars in their product, the Durens brew with no sugar— besides what occurs naturally in the cold-pressed apple juice they import from Washington. Instead they rely on yeast, fruit and sometimes hops for flavor.

Thanks to these unique brewing techniques, Jason and Josh say their ciders won’t taste like anything familiar to the average drinker. And when local beverage expert Mat Snapp expressed interest in sourcing the cider for the Fox Restaurant Concepts group, the brothers decided they needed to take their brewing to the next level.

“One of the things he told us that we hang on to is, ‘It’s almost a shame you have to call yourself cider,’ ” Josh recalls. 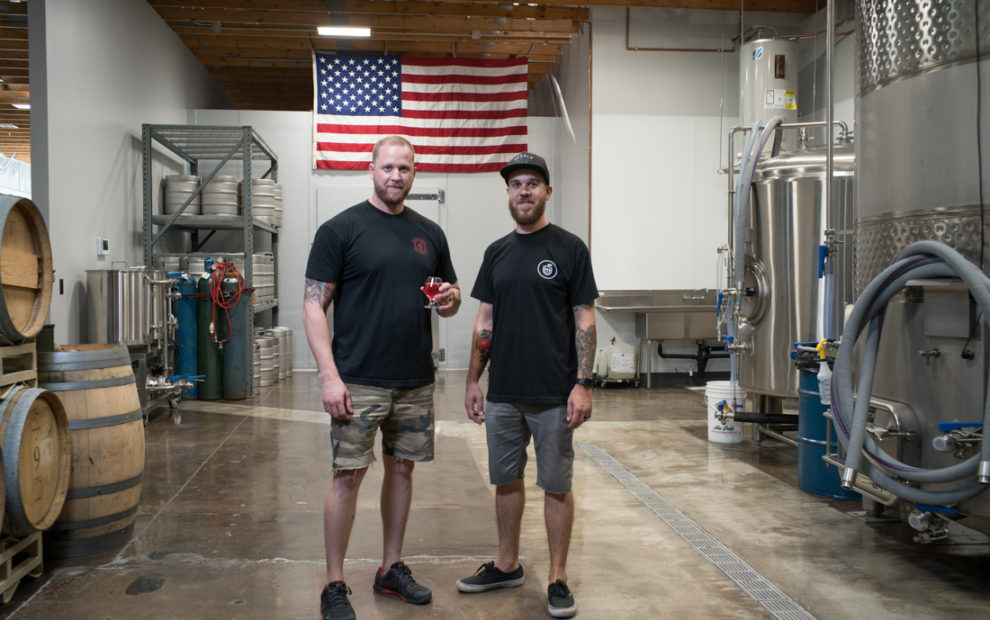 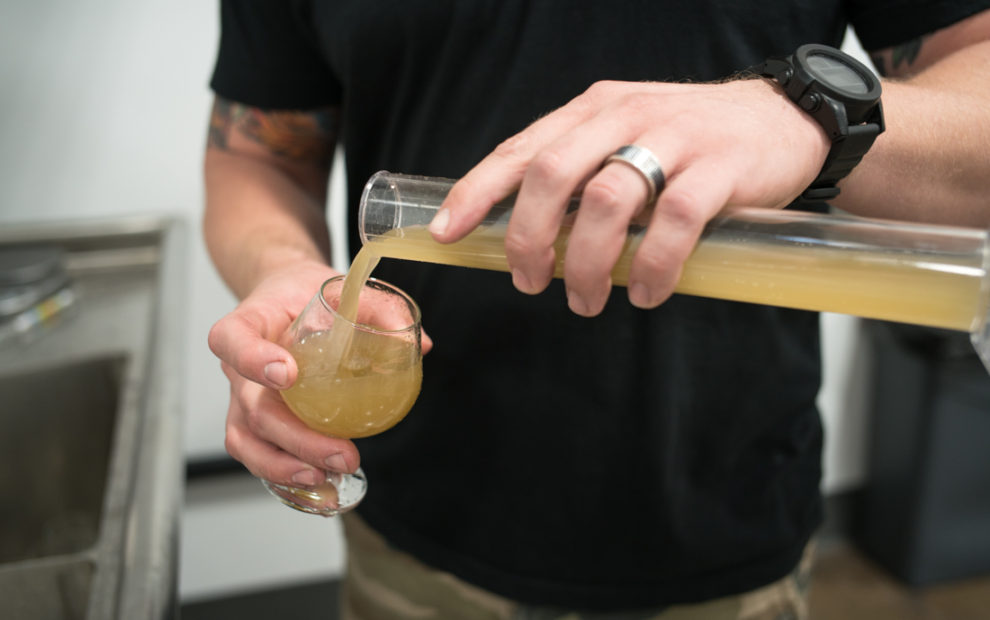 After searching for a location for about a year, Cider Corps found its home in a spacious warehouse in downtown Mesa. It might seem like a strange location for a cider brewery, Josh acknowledges. But he says nearby businesses, including Worth Takeaway and Oro Brewing Company, make the neighborhood an “inspiring” place to be. These single-location food and beverage concepts make downtown Mesa a destination unlike anywhere else in the Valley, and the Durens expect to see more of this type of growth.

Which is important to them because community means a lot to the brothers, who describe Cider Corps as a “mission driven” business. They hope to use the brewery as a means to give back to the veteran community.

When they open, they’ll host Honor Nights, during which they’ll invite local nonprofits to use the space to gather, gain exposure and fundraise. They also hope to find and hire veterans to work at the taproom.

“We so many ideas for the future,” Josh says.

“But first we need to build a community,” Jason adds. “We want to establish a corps of people.”