In an era of high-profile chefs who battle for food supremacy and brand recognition, it’s hard to imagine one that regularly rolls out the welcome mat for contemporaries. Yet chef Meliton “Mel” Mecinas, executive chef at the Four Seasons Resort Scottsdale, is that guy.

“I’m friends with everyone,” says the affable Mecinas of his unfurling, open-door policy. Rather than view his peers as competition, he considers them essential to building a collaborative environment that continues to elevate the food scene in the Valley.

“I have nothing to hide. Everyone has [his or her] own style. If you have to copy, you’re not any good,” says Mecinas. “I’m only in competition with myself because there is always someone who is better than me.” 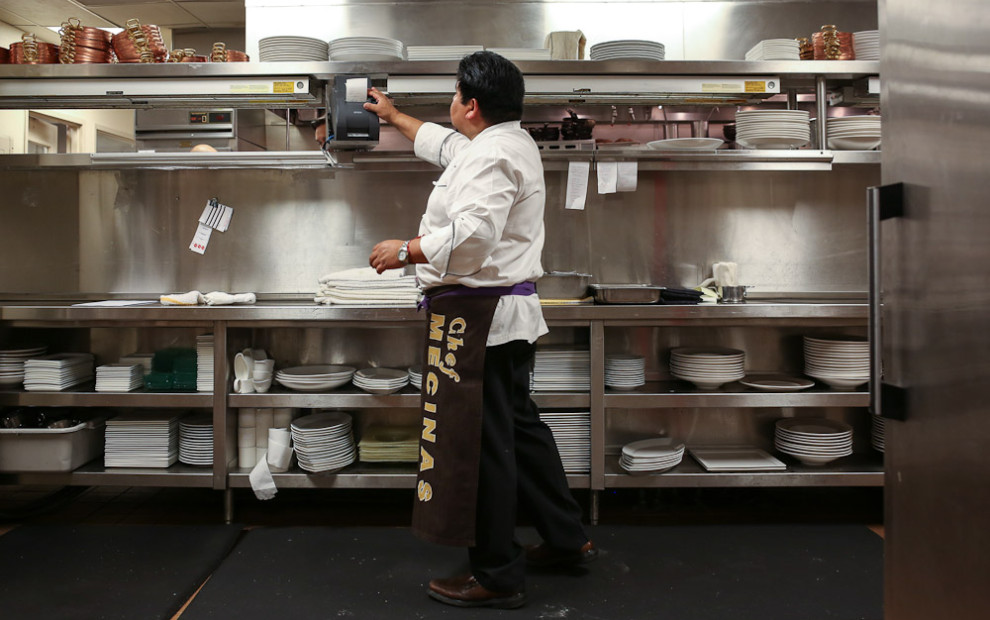 A gracious spirit—and a tremendous respect for the cadre of local talent—led Mecinas to start the Monthly Mashup series, a one-night dining event in which he invites notable chefs from independent restaurants across Phoenix to join him in the kitchen at Talavera at the Four Seasons.

“I let the chefs pick what entrees they want to do and then I fill in the rest,” he says of the four-course dinner that takes guests on an adventurous joint culinary tour.

The gastro pairing is a fun way to fuel camaraderie among local chefs and learn from each other, but it’s also an attempt to bring attention to the Four Seasons’ restaurants, according to Mecinas.

“Sometimes, people aren’t familiar with restaurants that are located in a resort, so this is a way to introduce ourselves to new customers,” he says. 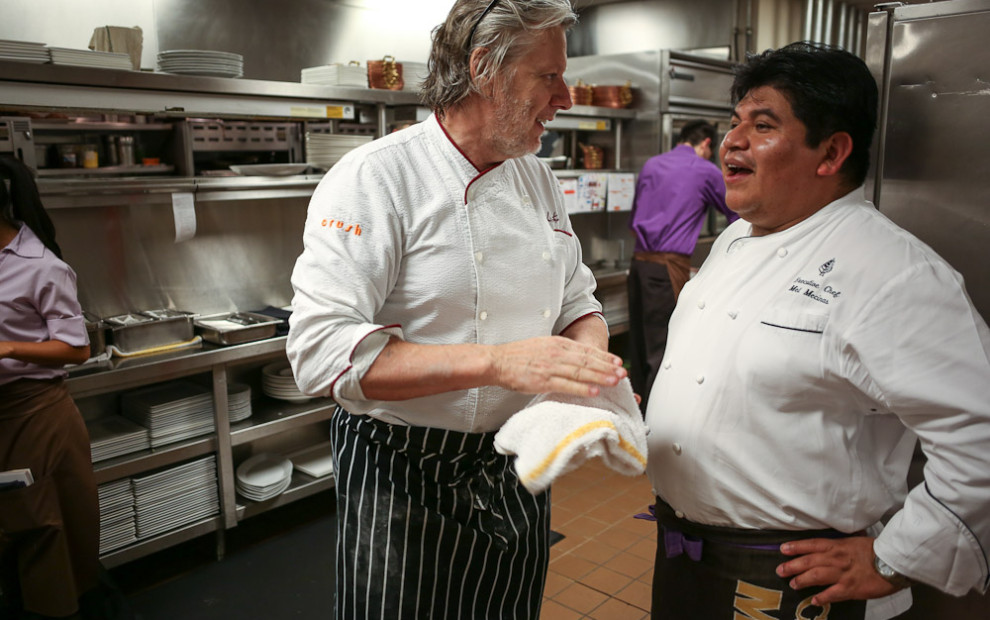 And Mecinas’ award-winning culinary friends, such as Matt Zdeb, Christopher Gross, Gio Osso, Silvana Salcido Esparza and Justin Beckett, have lined up for the chance to don their white coats and hats and cook alongside Mecinas for the one-night concept.

“At first, we invited chefs to cook. But now, they’re calling to ask if they can participate,” he says with a chuckle.

The fall series kicked off Sept. 20 with Danielle Leoni of The Breadfruit & Rum Bar. The series continues with Matt Taylor of Gertrude’s on Oct. 4; Josh Hebert of Posh Improvisational Cuisine on Nov. 29; and Matt Carter of The House Brasserie on Dec. 13.

Instead of attending a fancy culinary school, the self-taught Mecinas got his training on the job, where he says he typically showed up two hours early to set up his station and master his skills. His drive and gratitude for the opportunities that have come his way (he’s been with the Four Seasons organization for 18 years) is somewhat rooted in his tough childhood in Oaxaca, Mexico.

“I grew up on a farm. We were poor, really poor,” says Mecinas, who moved to Los Angeles when he was 17 and started working for his father in a family-style chain restaurant as a dishwasher.

He slowly made his way up the culinary ranks, eventually working for and learning French techniques from Patina’s Joaquim Splichal, whose nouvelle cuisine is a favorite among Hollywood stars. He then became a sous chef, followed by chef de cuisine at the Four Seasons Resort The Biltmore Santa Barbara, where one of his regular customers was Julia Child. His resume includes joining five other chefs from Four Seasons properties around the country last September to cook at the famed James Beard House in New York City. 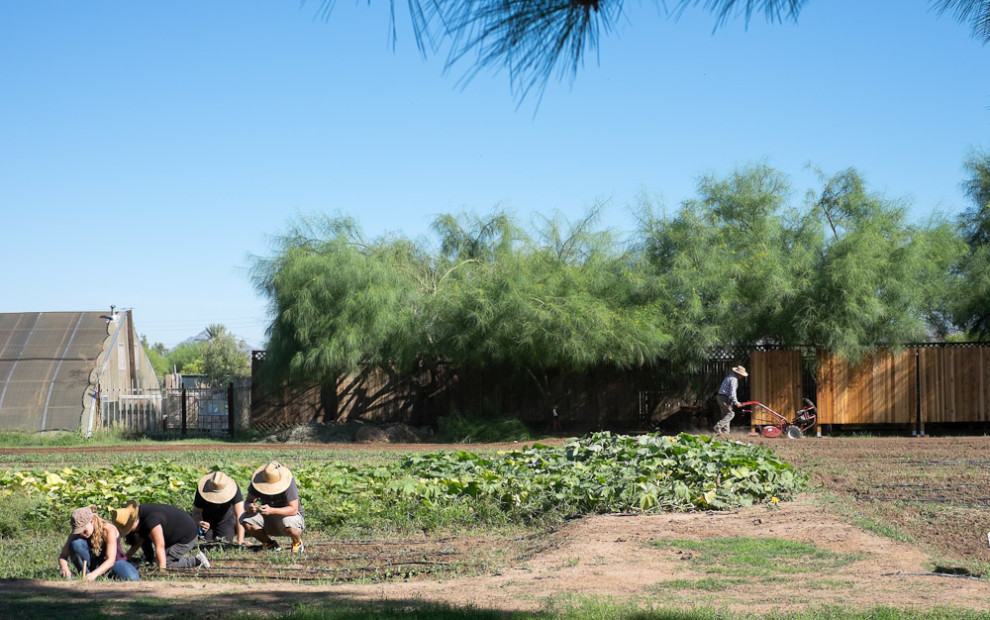 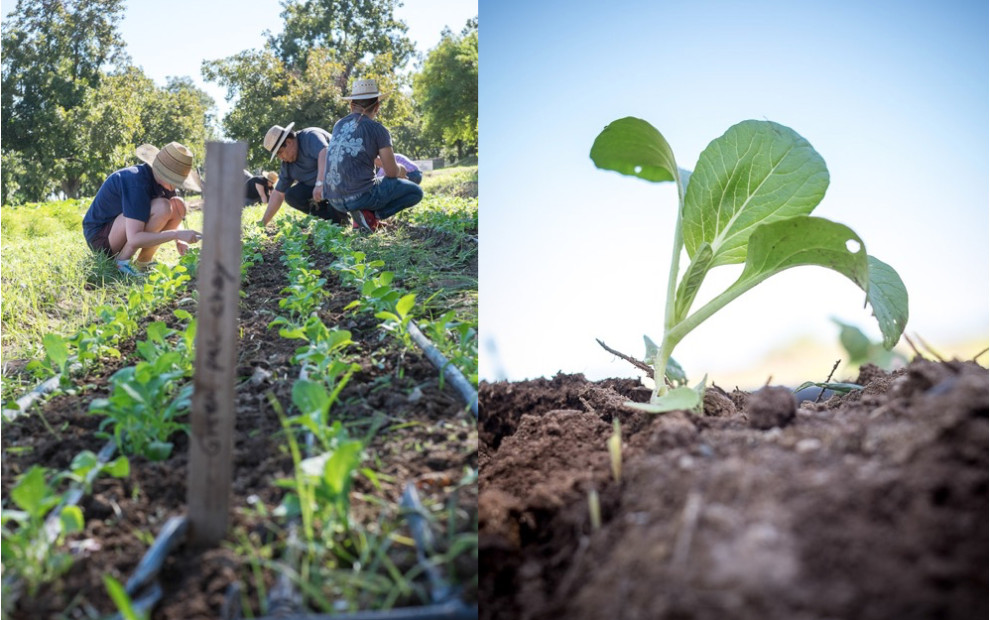 Mecinas’ commitment to building a strong food-centric community also is the reason he is an ardent supporter of Arizona growers. As often as he can, he sources ingredients from purveyors throughout the state like Queen Creek Olive Company, Cedar River Beef and Black Mesa Ranch.

“As a chef, we can make big changes,” he says. “Maybe one day we can ask a farmer to grow us five different vegetables, and then all the other chefs will buy them. If we don’t support farmers, they might go out of business.”

A chef’s chef, Mecinas makes a point to inspire and encourage his team, taking them on field trips to local farming operations so they can understand and appreciate where the food they cook with is grown. A spring outing to Maya’s Farm led Mecinas and his staff to help clean weeds out of the bok choy.

“At the end of the day, a chef is just a title,” says Mecinas, who shows up regularly on the line. “A real cook gets his hands and jacket dirty cooking, teaching and learning with the team.”

His passion for creating exceptional food is well-known, but while some assume Mecinas’ forte is Mexican flavors, he says he didn’t develop a style for the regional cuisine until he started working at the Four Seasons. That said, his signature dish, mole negro, is made with 60 ingredients and is the perfect balance between sweet and salty. 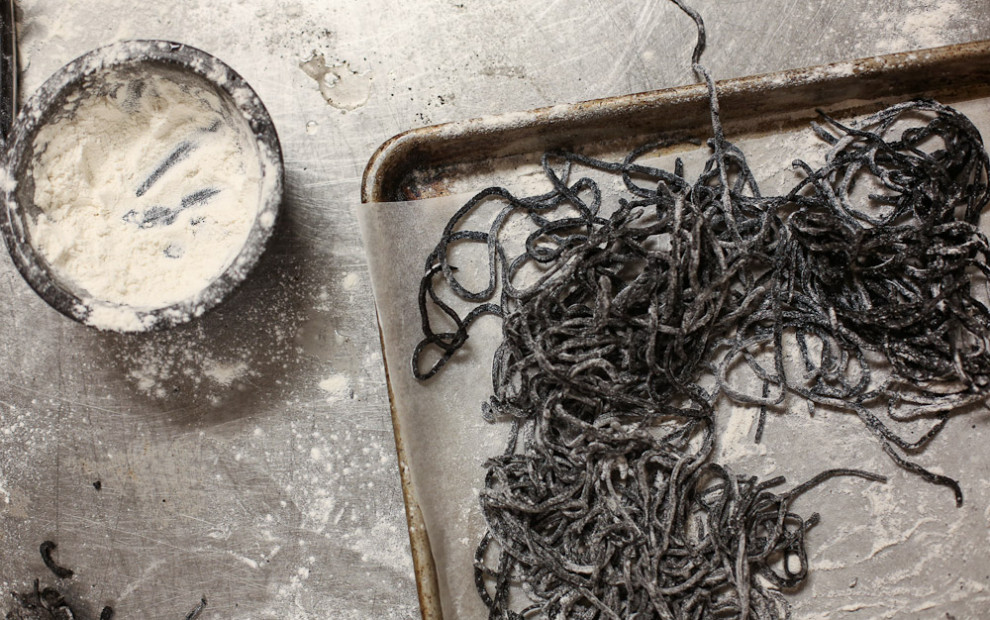 Mecinas still thinks of himself as student, whose skills are constantly evolving. He loves to read cooking books and often gets inspiration from those authored by one of his favorite chefs, Charlie Trotter, whom he had the chance to train with for two weeks in Chicago.

“You don’t read other chefs’ books to duplicate, but rather to understand the seasonality of a food and learn why certain flavors are combined,” Mecinas explains.

And he recently had a chance to write his own food narrative when he was invited back to the James Beard House in July, this time to prepare a solo dinner. His six-course meal, titled “Flavors of Oaxaca,” included a tempura–fried Oaxaca cheese with mole and hoja santa, and smoked salmon parfait with caviar and ancho chile-corn blini, which was paired with the Arizona-based Pillsbury Wine Company’s One Night Stand Rose 2014.

Despite the title, the dinner represented the trajectory of his career, according to Mecinas.

“It was full circle. Each course told a story. It covered everything, from the food I ate as kid in Mexico to cooking for Julia Child to now. It highlighted the miles I have walked in life through food.”