It’s a typical summer morning in Phoenix. A sizzler. As Armando Hernandez, Nadia Holguin and their staff arrive at Tacos Chiwas, they heat up the grills and begin prepping for the day. Soon a beautiful haze of smoke fills the small dining area with the smells of cooking meats and tortillas.

For this couple, love and success have sparked as quickly as the flame that lights those grills. In little more than a year, their outpost for Chihuahua-style Mexican food has become the darling of fine-dining foodies and taco-lovers alike.

Five years ago, the parallel lives Hernandez and Holguin were leading crossed. Both had grown up in Chihuahua, Mexico, come to Arizona with their families, worked with their parents and grandparents in food service, and now were pursuing their own careers. Holguin was studying at Le Cordon Bleu in Scottsdale, Hernandez was working at Pane Bianco. 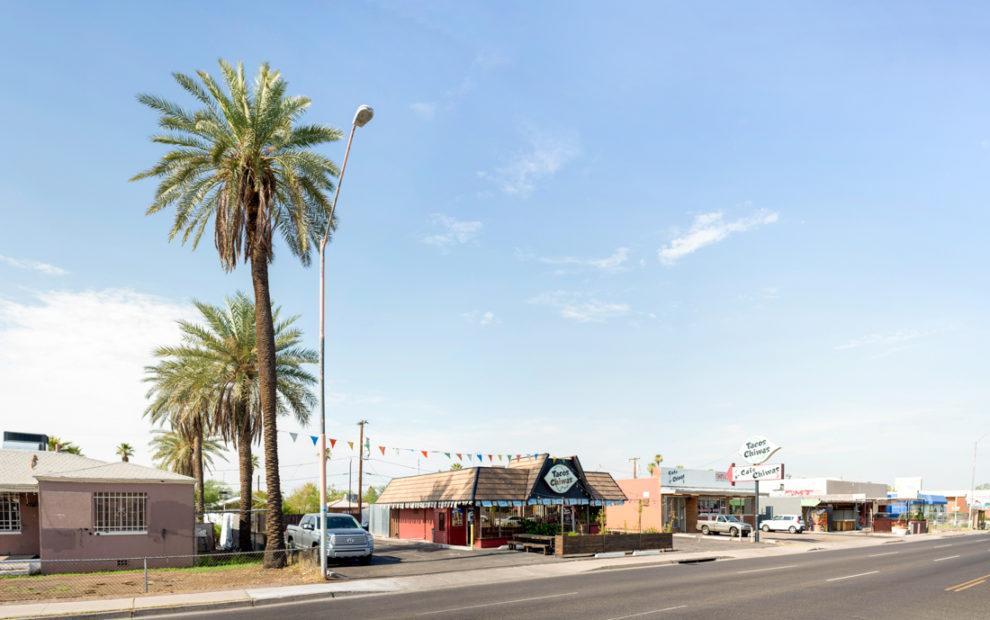 They met at an ASU party on a rare night off for each. Hernandez explains it was as much chance as it was meant to be. “From the moment we met, we had the same idea: That we wanted to open a restaurant. That’s not a common thing for people from the same place,” he says referring to Chihuahua.

It is this sense of place that fuels both Hernandez and Holguin in their restaurant dream. “We wanted to recreate our childhood through our food, to give people the food we grew up eating,” says Hernandez. “We wanted to do tacos. Definitely tacos. Not just tacos in general, but this kind of very fast and casual. There’s nothing ‘gourmet’ about it.” 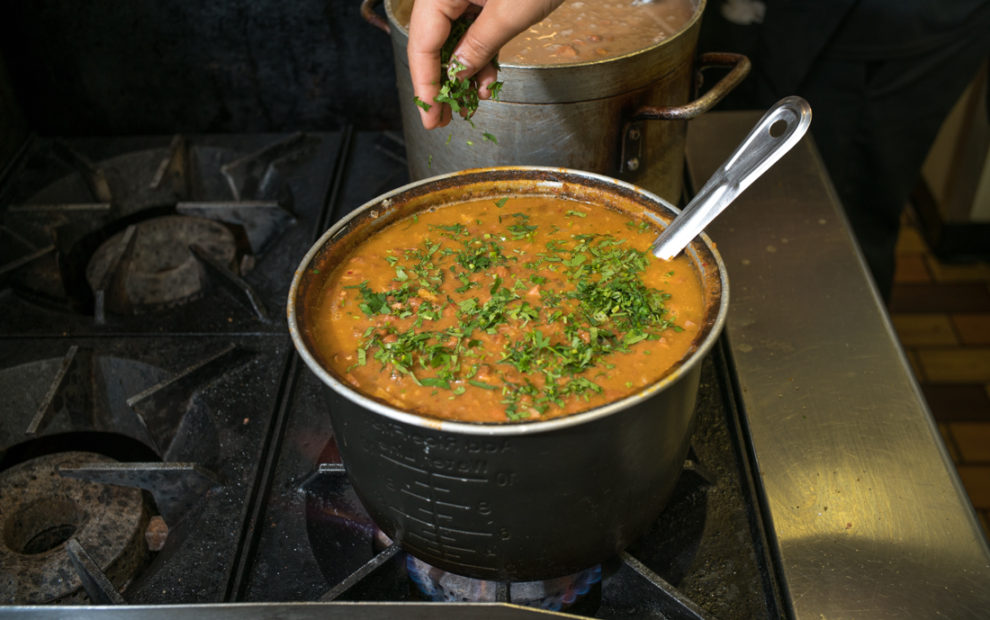 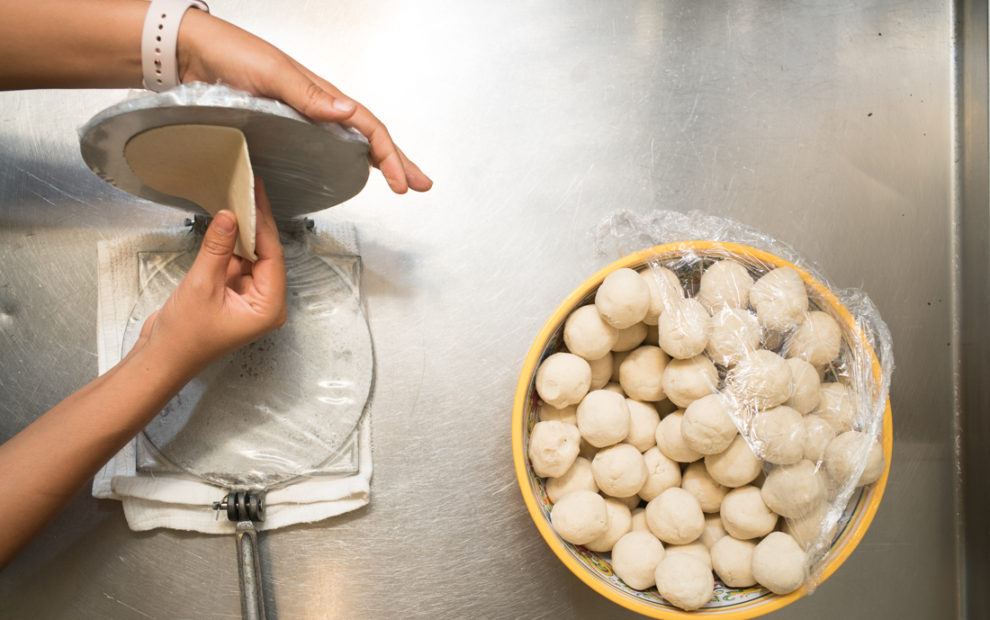 But perhaps there is.

“I wanted to learn more about other cultures’ fine dining. I was always interested in how they made those fancy little bites,” says Holguin about her culinary school training.

While it took years to get financial backing and find a location, once they had the approvals, they hit the ground running. They’d been working on all the other details since they met. This included putting a twist on their traditional dishes.

“We took tradition and put the actual science—what you learn in culinary school—to it,” Hernandez explains. “Nadia did a good job of bringing everything together really fast once we opened.” 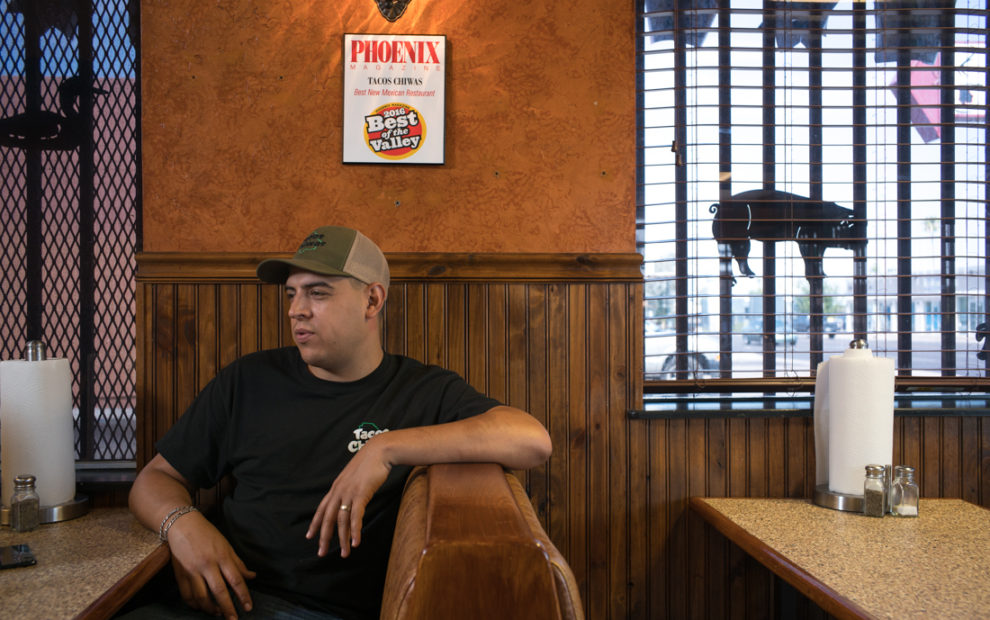 Holguin incorporated new techniques for preparing their foods that didn’t sacrifice the flavors. For example, the meat for the carnitas is marinated overnight. They cut the fat off of most of the product and use a smoker rather than cook it in lard. The result is similar to a pulled pork. Like everything at Tacos Chiwas, they food is served made to order and fast.

The word about the taqueria with the funny name spread just as fast, too. Within three months, Hernandez quit his second job to work full time. His father was helping as well. They would run out of food and have to turn people away.

“Everyone tells you it’s not smart to do a restaurant,” he says. “In general, it’s a hard thing to do. But for me, it’s a beautiful thing. You get to hear people say, ‘This reminds me of my Grandma’s.’ ” 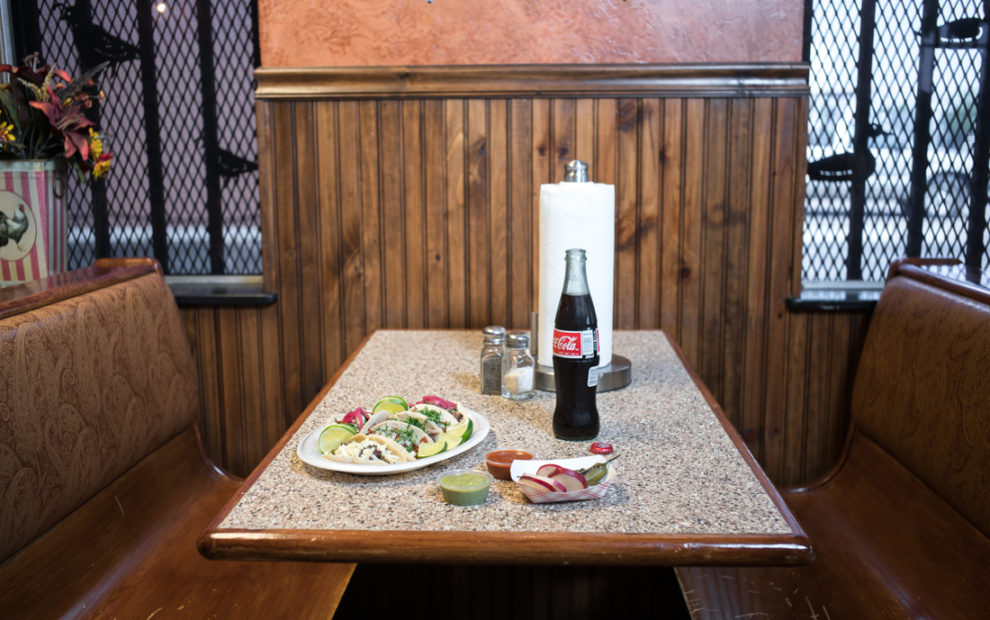 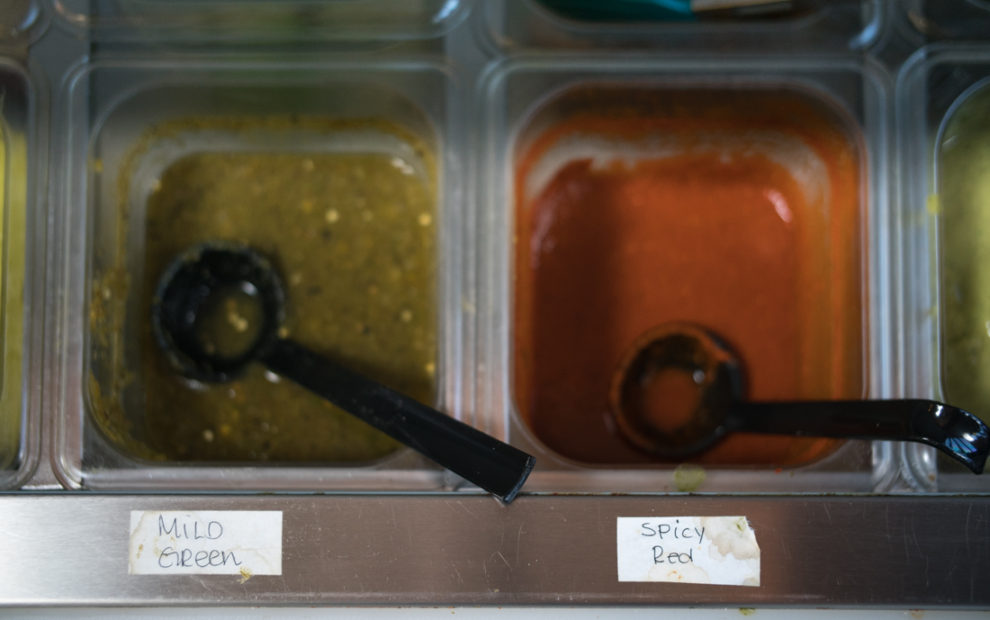 One year later, they now have 12 employees and are building out a coffee shop next door. Back in Mexico, their families now have restaurants and use the same techniques Holguin has perfected to make their dishes. The pair are on the fast track now, but they know the work that went into it.

“There aren’t so many people who are crazy enough to [open a restaurant] together,” Hernandez says looking back on the past five years. “That’s an immigrant thought: To risk it. You came to a place to do things.”