Long before I began preparing coffee in Phoenix, I was drinking it. And the drinking, I’m happy to report, is easier to find—and tastier—than ever.

The former years were the latte years (or splash o’ cream years), a lifelong journey with incalculably large variances in qualities and styles, everything from Maxwell House to Starbucks and back.

For the record, I’m fond of all that taste testing that led me to the present, and I blame my parents for putting splashes of coffee in a cups of warm milk during weekend cartoons, per my request to wake up early like a “grown-up.”

By contrast, these latter years have been all about one specific, largely different sector of the industry: specialty coffee. It’s in this sector where I count myself among the lucky ones to have fallen. Like a good school, it’s a niche that prides itself on a broader spectrum and diversity of flavor, something I treasure in cuisine and in all walks of life.

It also prides itself, not by incident, in more special and higher quality coffees that score higher than most (in the 80s and higher on a 100-point scale). Also not by incident, “happier” farms typically produce said coffees, farms where owners and harvesters are paid directly and substantially higher than in the case of fair-trade or organic-certified offerings. A work in progress, to be sure, but the progress appears to be working.

All these sweeping statements are meant to tell you that, until only around five years ago, Phoenix had none such coffee being roasted or even prepared, which puts us about 10 years behind our friends in Chicago, San Francisco and Portland.

The first specialty roaster to set up shop in the Valley was Cartel Coffee Lab. Shortly after came Press Coffee Roasters, known for their lighter-style roasts. Though, as is often the case, the logic can’t be reversed without snags (i.e., just because it’s light doesn’t mean it’s good). Typically, the good coffees are roasted lightly to preserve more of the origin’s, you know, originality.

Then came Giant Coffee in downtown Phoenix, which serves Four Barrel, one of San Francisco’s institutional specialty roasters. Since then, little blips of Blue Bottle (Bay Area), Stumptown (Portland), and Intelligentsia (Chicago and L.A.) could be found, but in limited fashions. Tempe’s Crêpe Bar, where I pour for caffeine-seeking patrons, began serving Heart Roasts (Portland) two years ago.

The narrative since then, nearly half of my coffee career, has been stale in that capacity—no new established roasters entering the city, raising the competitive bar. Between the time I started writing this piece and now, however, a shop called Maverick opened in north Scottsdale serving San Francisco’s Ritual Roasters. And a shop opened a few months ago called Comoncy, straight out of Beverly Hills and into the restaurant/nightclub Dakota in Old Town Scottsdale (they serve a coast California roaster, Equator). 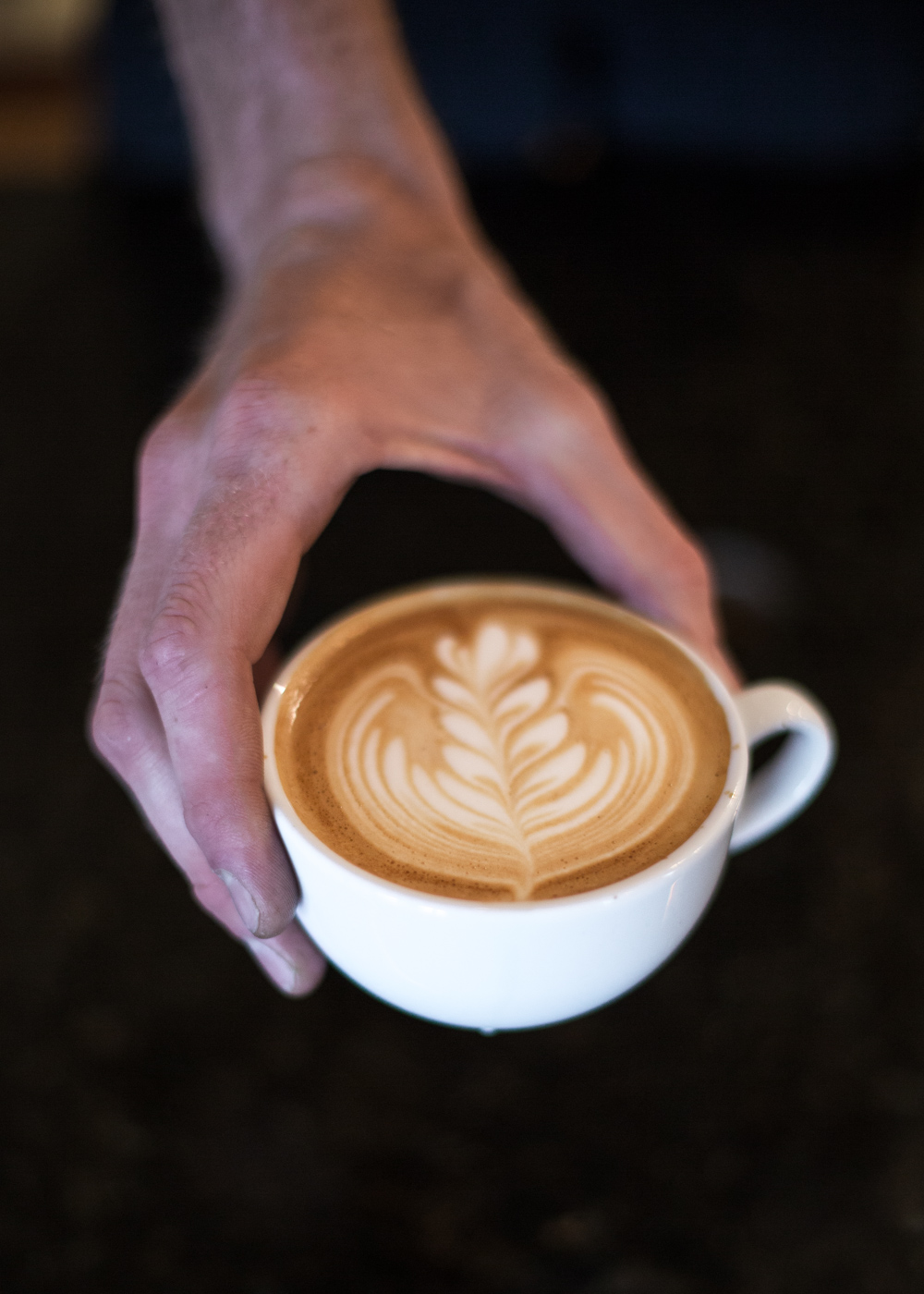 Even more promising for Phoenix’s coffee culture is the idea of coffee shops in communal spaces, sharing business as multiple concepts or as part of a retail or restaurant culture. Comoncy is one example of that. Another is
Velo, a downtown Phoenix bike shop that serves Press amidst the retail and bike repair.

It’s a good sign, too, that a post-Cartel/Press-era roaster like Royal Coffee opened a location at Taliesin West, one of Frank Lloyd Wright’s most famous homes open to tour.

Another sign of growth, too, is very obvious: the physical growth and expansion of Phoenix’s institutional roasters. Cartel now has six locations between greater Phoenix and Tucson, and Press just opened their second location in Tempe.

All this to say there’s much more to come, I’m sure of it. While many coffee professionals who founded Phoenix’s scene have moved away, many remain to chronicle its roots. Eager new, young coffee professionals are being trained by the day. They’re excited about coffee here, more than ever, and you should be, too