National food-centric magazines may downplay our burgeoning food scene, but the James Beard Foundation (JBF) has been recognizing Phoenix’s local talent for nearly 25 years. Although the greatest honor is still receiving a James Beard Award (Arizona boasts nine chefs who have), there’s not a chef in this town who would sniff at an invitation to cook at the Beard House in New York or to collaborate with fellow chefs to create an extraordinary dinner here at home.

One such very special dinner will bring a handful of the city’s best-loved and most revered chefs together for an unforgettable night. A Night of Culinary Stars—held this Friday, Sept. 25 at the Royal Palms Resort & Spa in Phoenix—is part of the JBF’s third annual Taste America: “Local Flavor from Coast to Coast,” a program that celebrates America’s culinary diversity by staging collaborative, one-of-a-kind dinners in 10 participating cities across the country. 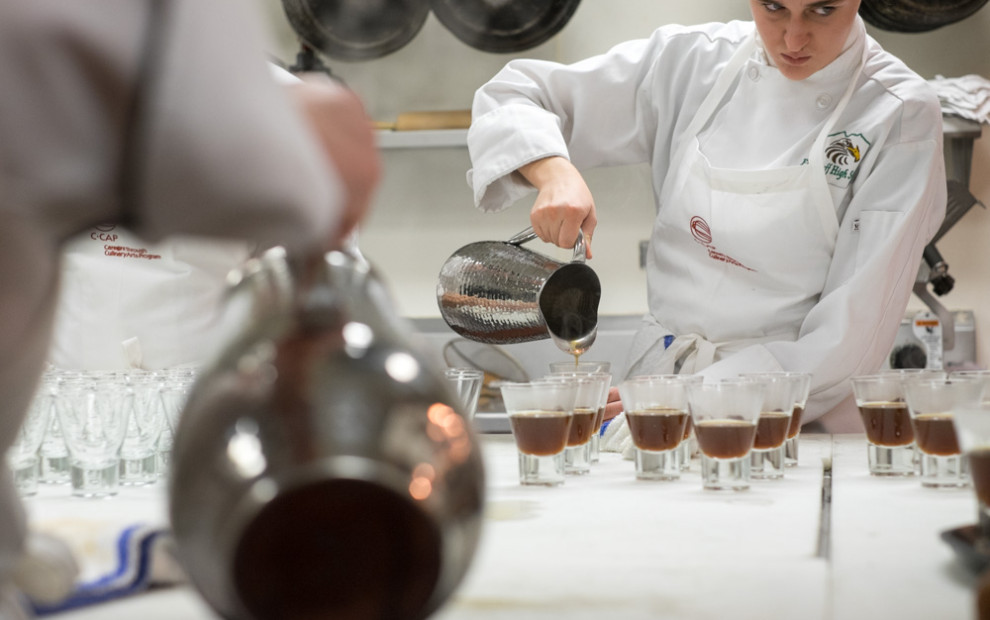 Our 2015 visiting All-Star is three-time James Beard Award-winner Michel Nischan, chef, cookbook author and pioneer in the sustainable food movement. He is also the co-founder and operator of Wholesome Wave, a nonprofit sustainable food advocacy group that supports low-income communities. 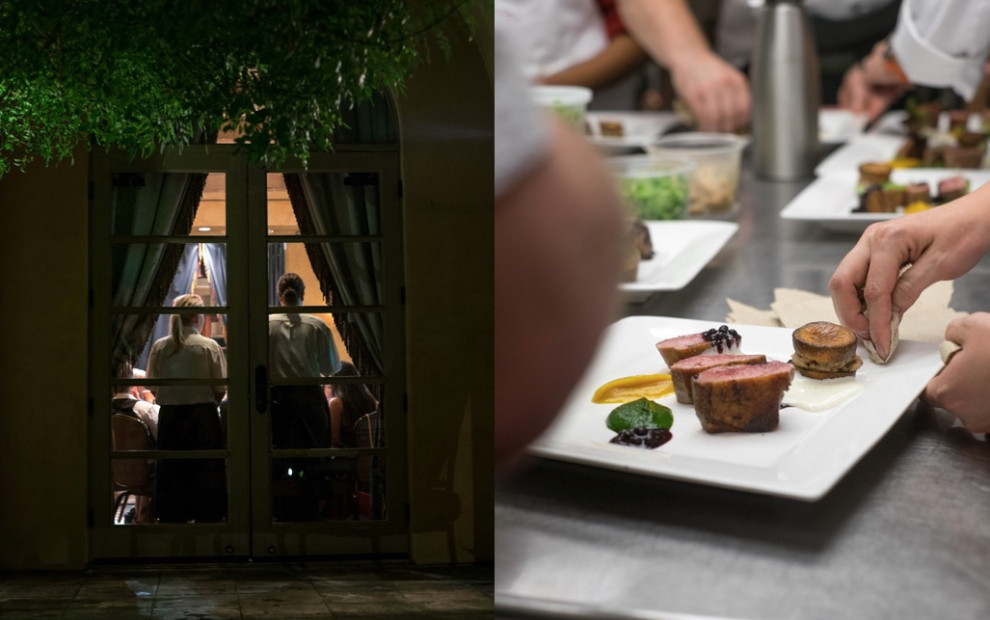 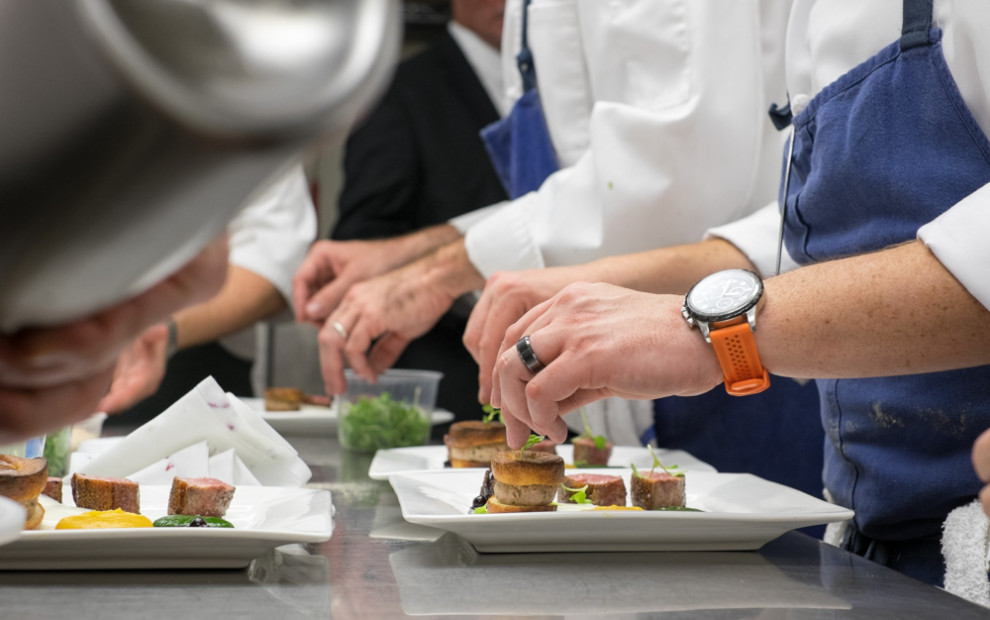 While Nischan and Bianco have never met, they’ve been collaborating by phone in recent weeks. It’s clear, says Robyn Lee, who has organized the event and overheard many of their conversations, that the two are kindred spirits. Both look forward to a face-to-face meet-up.

“I’ve always been a fan of Phoenix and the talented chef community there, but I am super-stoked to be working with Chris and to see what locally grown goodies he has in store for me,” Nischan says.

Bianco, who is never at a loss for words, says, “I think what’s exciting for me, regardless of the medium, is we get an opportunity to meet and get to know people in a more meaningful way. By getting to break bread with them at the table or spend time in the kitchen working side by side, you get to know and understand people with more meaning. One of the most rewarding things about being in the kitchen is getting to know them and talk all things food and life—all the things that really matter.” 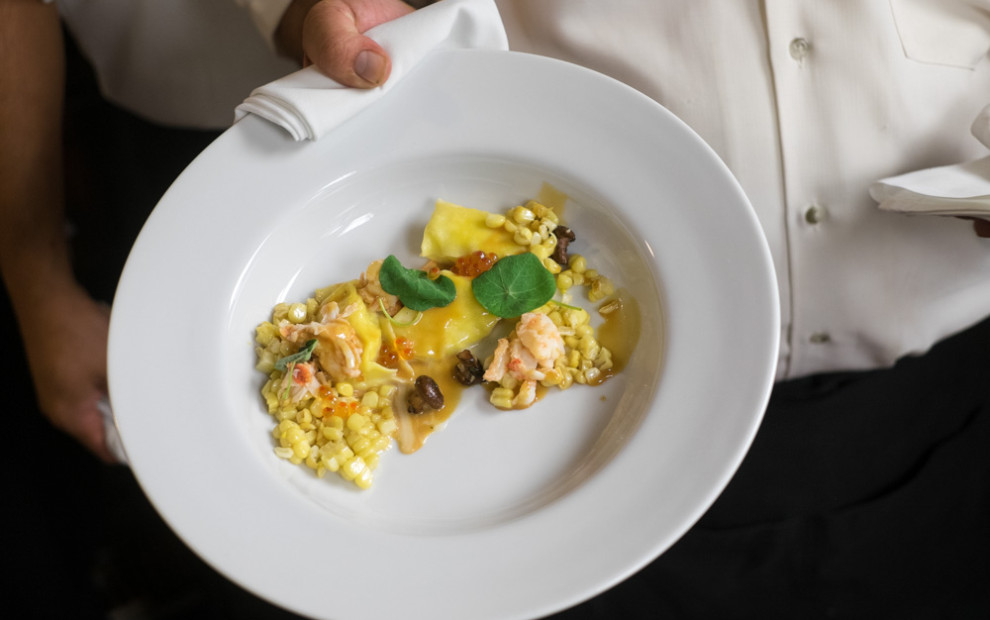 The final course, prepared by RoxSand and the Royal Palms pastry team, will be presented in the outdoor courtyard of the Royal Palms under the stars. And just to amp up the star power, James Beard Award winner, cookbook author and all-around smoothie Robert McGrath, the host of “Check, Please! Arizona,” will be the evening’s emcee.

A Night of Culinary Stars costs $275 per person, and tickets can be purchased here. With the event just a few days away, ticket availability may be dwindling. Despair not. There’s always next year.