When it comes to small-scale farming, Erich Schultz is kind of a big deal.

At his two-and-a-quarter-acre Steadfast Farm in Queen Creek, Schultz produces some 75 different crops ranging from photo-worthy bunches of pink radishes to tender heads of little gem lettuce. With just 160 beds, it’s only possible thanks to the expert application of bio-intensive farming techniques, which allow Schultz to grow up to 10 times more produce per acre than at a traditional farm.

The techniques also allow new urban farms like his to spring up in places where farmers simply couldn’t have farmed before—places like the middle of a 160-acre residential community. For five years before relocating to his current farmstead, Schultz grew on 21 acres at The Farm at Agritopia in Gilbert, tending to 10 acres of heirloom grains, four acres of citrus groves, and even raising livestock including pigs, sheep and chickens. 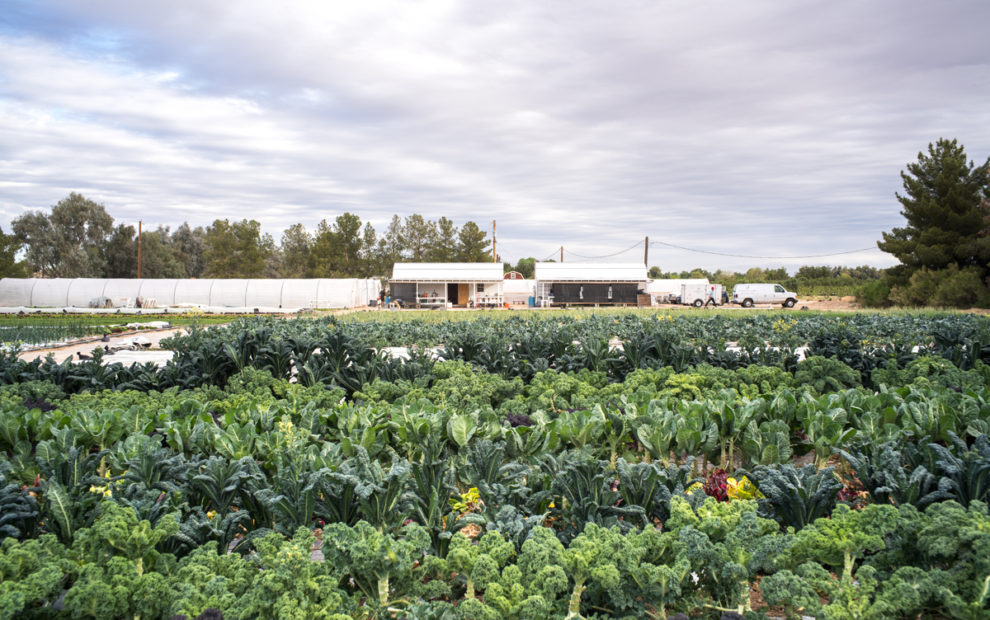 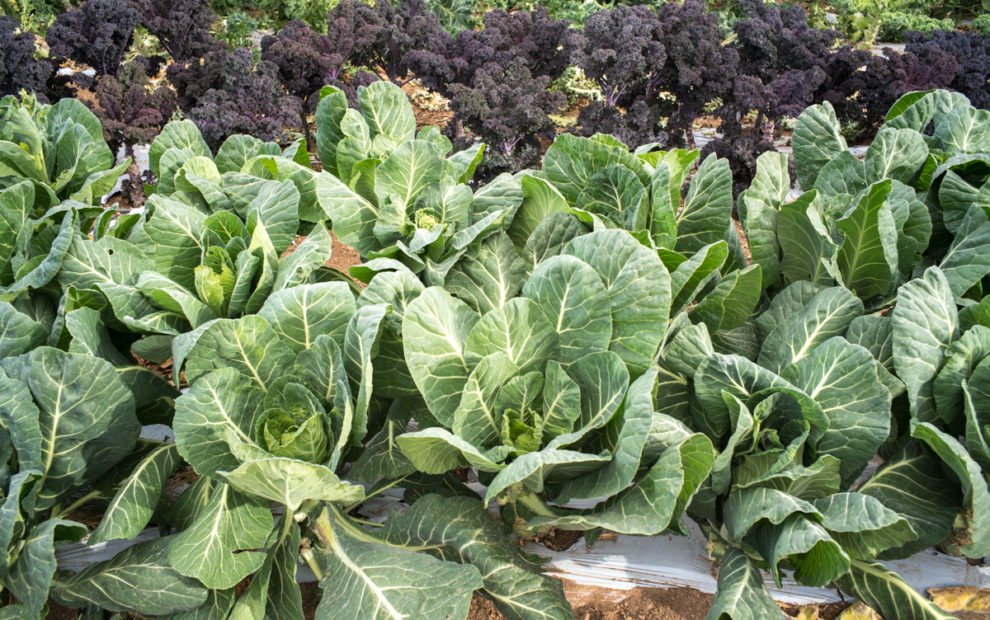 He downsized significantly when he moved to Queen Creek in 2016 and now, he’s ready to do it again. Come summer Schultz will add a second farm to the mix—a new location at the heart of the yet-to-be-completed Eastmark residential community in Mesa. He hopes to have his first harvest at Steadfast Farm at Eastmark by early fall.

At one and three quarter acres, this stands to be his smallest project yet.

“I have a comfort level from already being in a fish bowl,” he says. “But the main thing that works for us is our style of growing.”

Schultz says he plans to start planting at the new location by early September with the first harvest projected for early October. With 100 beds, he’ll grow between 40 and 50 crops a year, including many of the products for which Steadfast has become so well-known with both savvy farmers market shoppers and many of the Valley’s top chefs who showcase Steadfast produce on their locally-driven restaurant menus 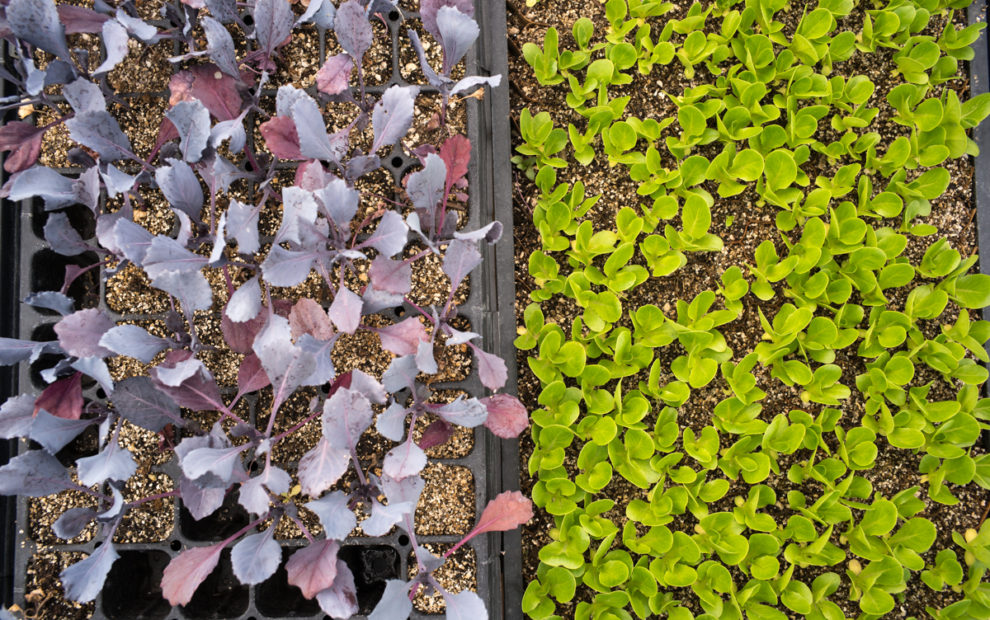 Eastmark residents can expect plenty of greens for salad making, those baby root vegetables that are so cute they make you want to squeal: tomatoes, cucumbers, microgreens, herbs and flowers all for purchase at an onsite farm store, as well as through the farm’s CSA, or community supported agriculture program. Schultz says the shorter product list is only partially due to the smaller scale of the farm itself. Part of decision to streamline the growing comes in response to consumer demand.

“This year, we sold through the carrots so fast that we literally can’t grow them fast enough,” Schultz says, which is why, at the new farm, he looks to focus on primarily on what he grows best. “We’ve learned over the years to cap our dreams. We don’t have to do everything and we don’t have to feed everyone.”

But even if he’s not on a mission to feed everyone himself, in his extra time, Schultz works to teach others to do just that.

As an instructor at Mesa Community College, Schultz teaches Sustainable Crop Production with students learning practical skills, including how to make beds, properly irrigate, handle weed control and create new plants through propagation. Schultz says the course draws a range of students from those who hope to start their own small-scale farms to those just interested in maxing out their home gardens. 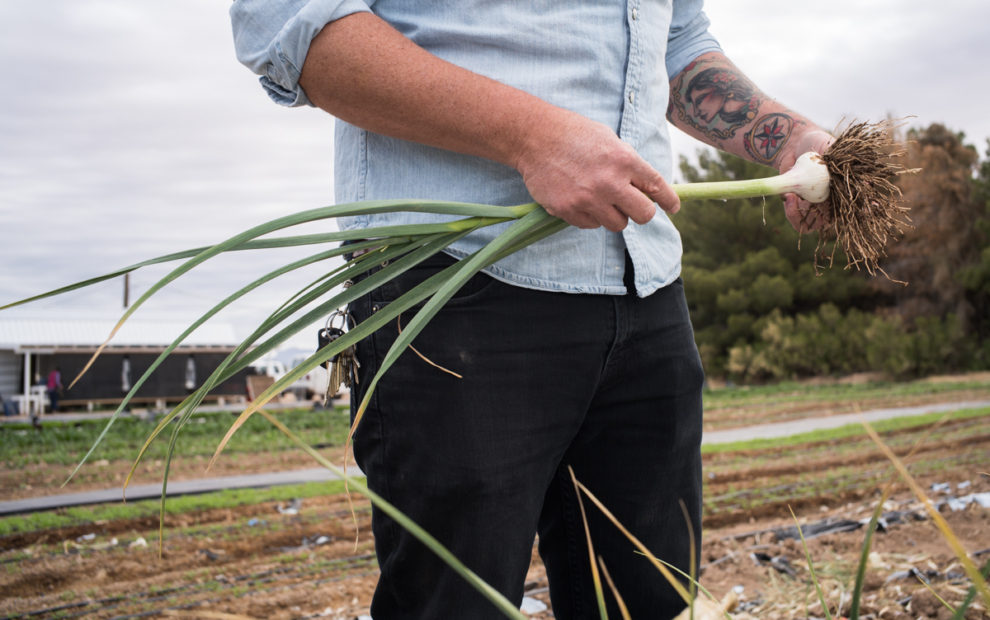 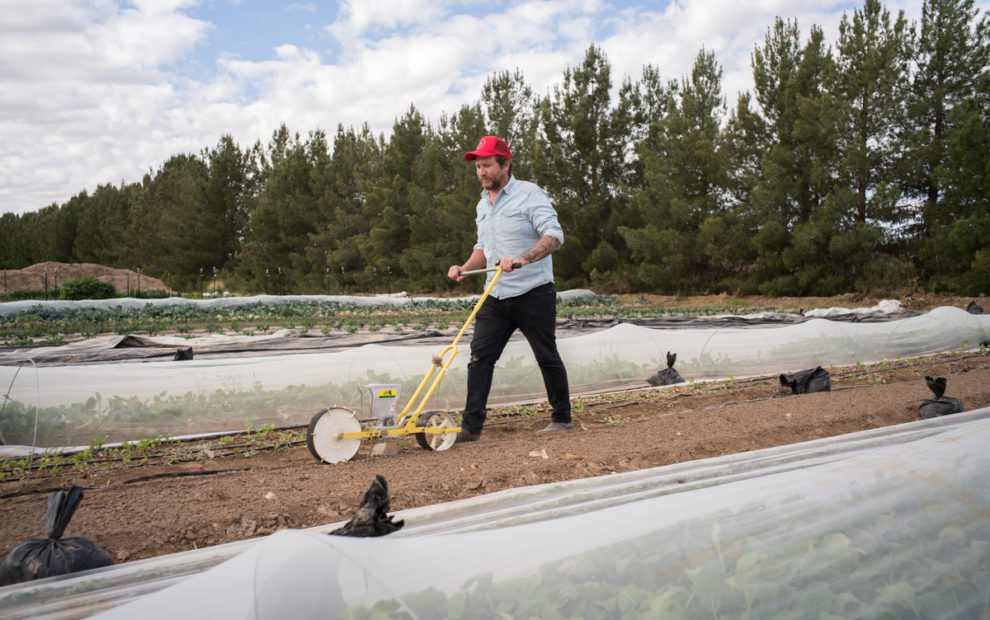 And while Schultz might not be the most comfortable in his role as educator—“I did it because I didn’t want to do it,” he says. “I wanted to push myself.”—He’s also considering taking on a marketing course for small-scale farmers next year.

Earlier this spring, Schultz also co-hosted a five-day intensive farming workshop at his farm with Curtis Stone, author of “The Urban Farmer”and something of a rock star in the world of small-scale farming. Together the duo treated 27 farmers from all over the U.S. and Canada to hands-on education in the nuances of growing more with less.

“It’s not my focus,” Schultz says of his role as a mentor for upstart and would-be growers. “I’m a farmer. It just kind of happened.”