Have you ever tasted real sake?

If you’re like many diners, you’ve been to a Japanese restaurant and, as a novelty perhaps, tried a version of the iconic Japanese drink, traditionally served in a small earthenware bottle and sipped from a delicate porcelain cup called a sakazuki. And like some, you perhaps found it a bit unfamiliar and a little cloying. Chalk it up to a fun experience, but not something you’d choose to consume in other circumstances.

Atsuo Sakurai is well on his way to changing that mindset for all of us.

It’s one thing for a non-English-speaking Japanese citizen to uproot himself from his native Yokohama to settle in Holbrook, Arizona. But it’s quite another to move to Holbrook and singlehandedly launch a sake brewery in the heart of downtown. Simply put, it’s an improbable act of daring.

But that’s precisely what Sakurai did just shy of three years ago and, unlikely as it might seem, the passionate young sake enthusiast is making quite a go of it.

Today, his home-based, small-batch brewery called Arizona Sake is slowly, but certainly, catching on in some of the finer, more adventurous Arizona eateries. With the help of iconic restaurateurs like Nobuo Fukuda of Nobuo at Teeter House, and Kevin Binkley of Binkley’s Restaurant, Sakurai is seeing his long shot pay off. 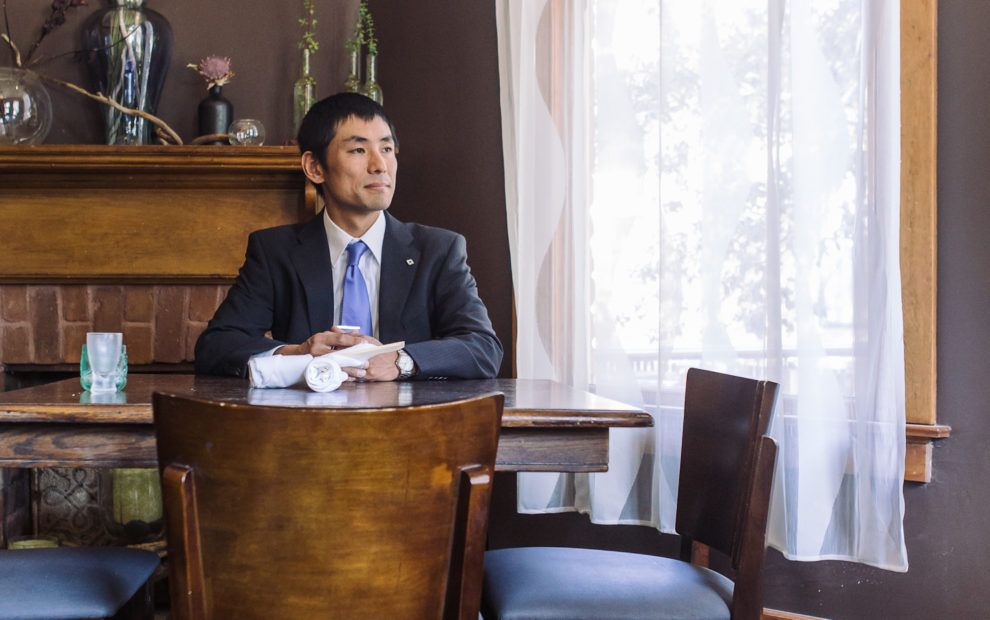 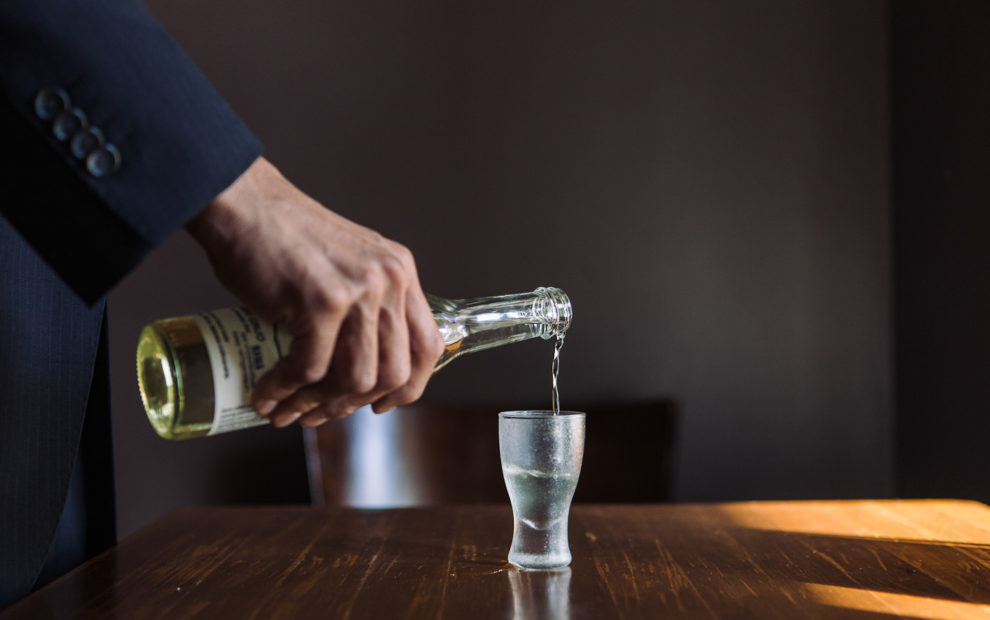 Sakurai, who chose Holbrook because his wife Heather grew up there, is still adapting to his adopted English tongue, but he nevertheless manages to make a clear point about his ambitions.

“Living in the U.S. [has taught me that people here] are very thirsty for a good product,” he says. “Selling things you don’t like is not fun. I like making sake, and I am making it with genuine, traditional Japanese craftsmanship. [It’s] probably [one of the better] handmade sakes in the world, even among those made in Japan.”

First, as a point of differentiation from the process of distilling spirits such as gin or vodka, sake is brewed like beer. Traditional sake is made from four ingredients: rice, water, yeast and kōji mold. If it’s brewed according to custom, the process is one of extensive milling, or polishing, of rice grains and then patient fermentation.

Sakurai, who hews to traditional sake making, says that from start to finish, his process takes all of three months to complete. And unlike wines, which typically improve with age, sake is better if it’s consumed soon after it’s brewed. “Fresh,” as he describes it.

Truly ancient in its origins, sake was first making its mark in Japan as far back as the eighth century, when it was used for religious ceremonies, court festivals and drinking games. Today, it’s celebrated as the country’s national drink.

Sakurai’s move to the states to make sake was actually less serendipitous than it might sound. As an ambitious young entrepreneur working in his native country, he quickly discovered the Japanese government had established licensing laws and regulations that make it impossible to open new sake brewing businesses. 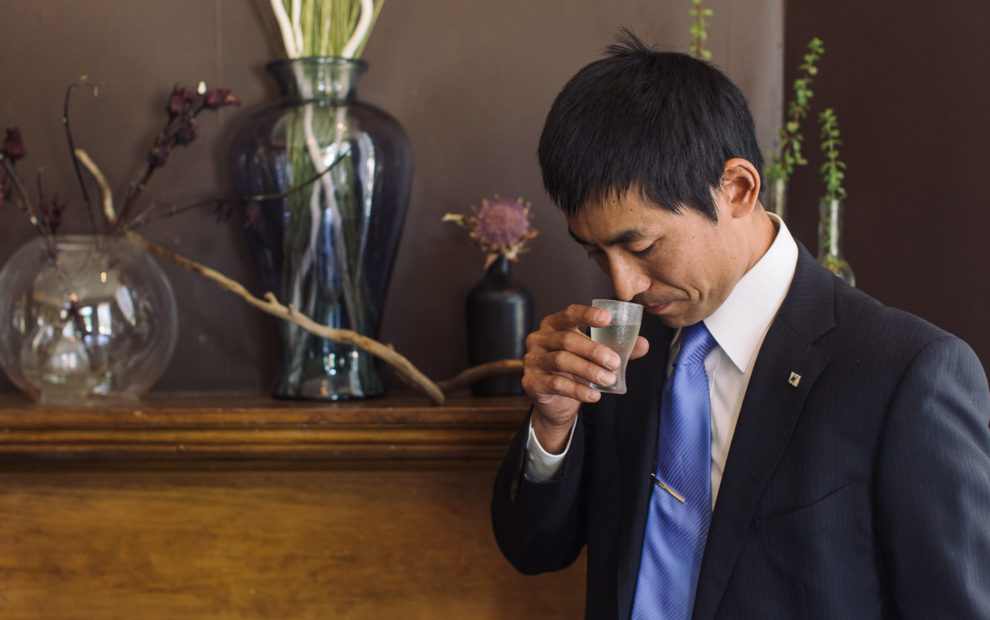 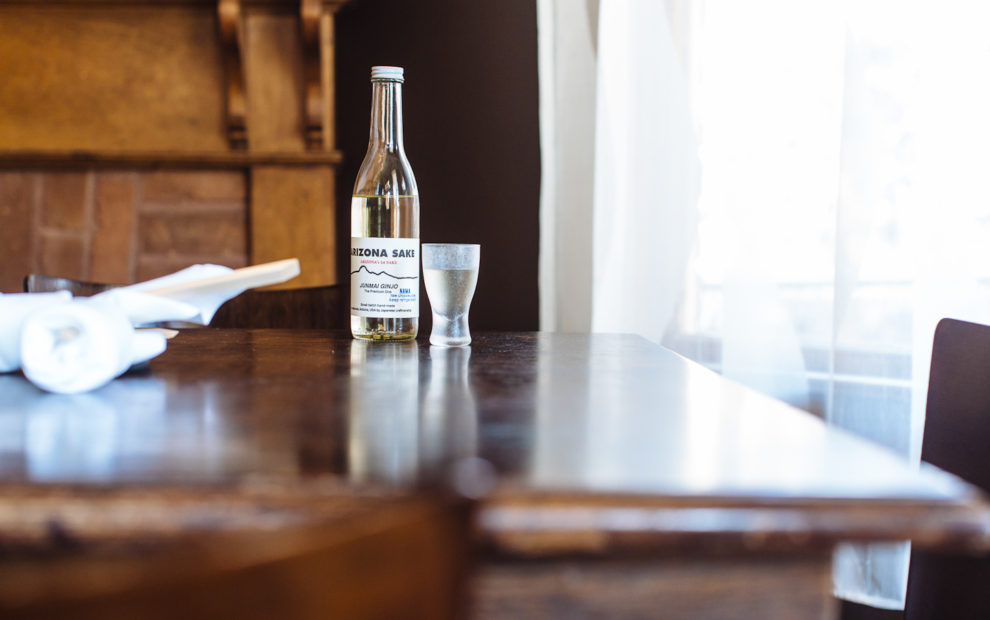 “I was very interested to learn about Japanese traditional ‘liquor’ and to [explore] this Japanese tradition, which I think is unique in the world,” Sakurai explains. “I wanted to have my own business and, in Japan, sake-producing licensing is very limited. The Japanese government doesn’t issue new licenses anymore, to anyone.”

Not only has Sakurai found the Holbrook climate and local water to be advantageous to his sake making, the local community has also been highly supportive of him and his operation.

“The city and my neighbors agreed to let me operate my business in the center of town, in a residential area,” he says with obvious gratitude. In appreciation, Sakurai arranges small tastings for local friends and neighbors.

The particular strain of sake that Sakurai brews is called “junmai ginjo.” It’s light and fruity, with a more refined taste, he says. Because it’s fermented at colder temperatures for longer periods of time and unpasteurized, the results can be far superior to other sakes.

“I chose this kind because I think it can be the most popular, and it has the best quality,” he explains. Right now, Sakurai is working largely by himself, brewing extremely small batches of sake.

“I don’t use any machines,” he says. “I’m doing the most traditional process. Actually, it is difficult to produce large amounts of sake—right now I’m doing small production with my primitive equipment.” 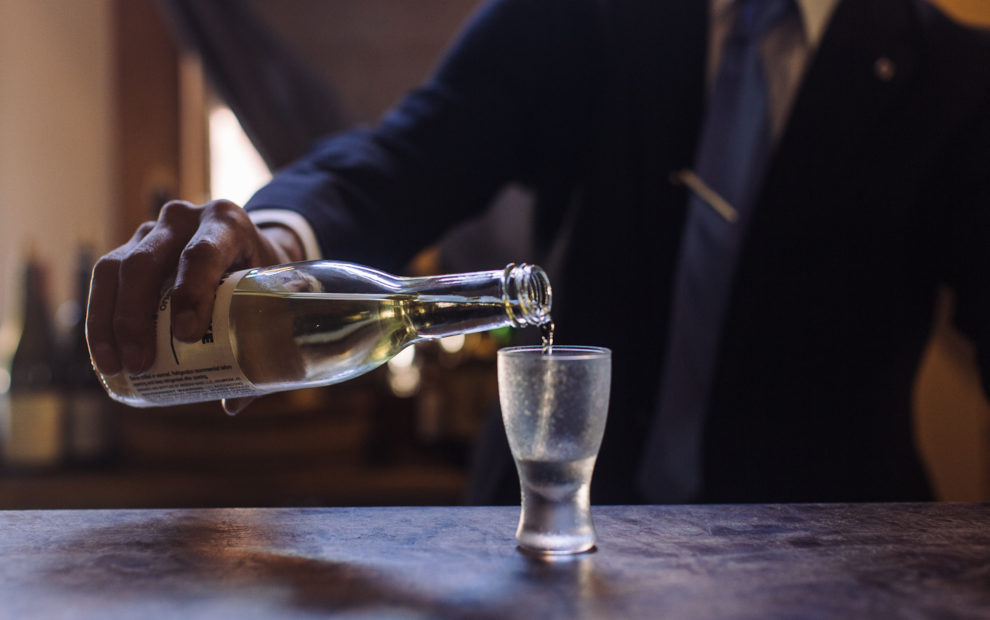 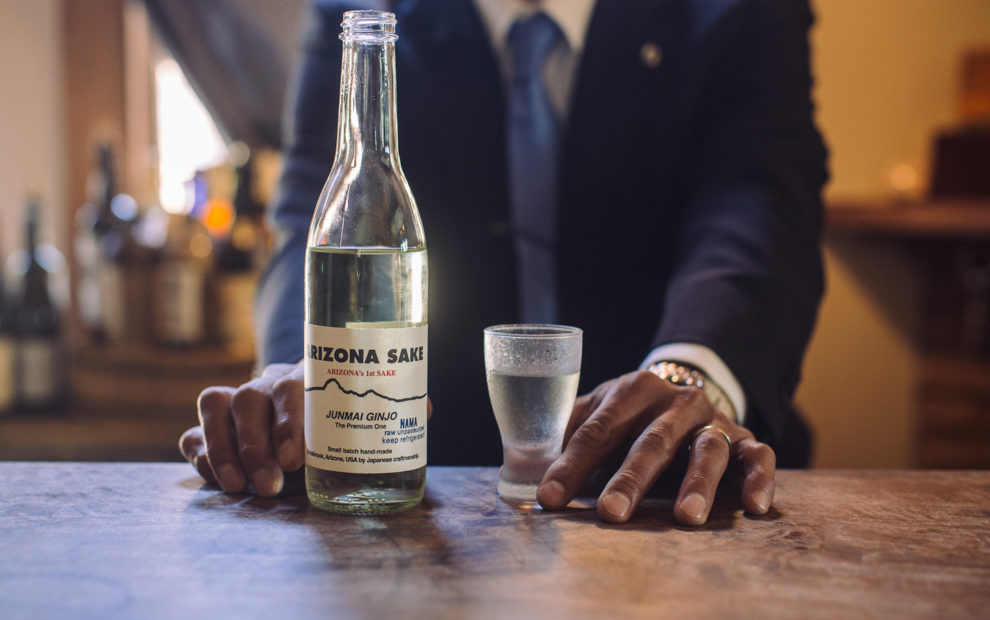 If things continue apace, however, Sakurai’s operation might not be primitive for too much longer. With his newfound supporters, he’s beginning to market and distribute in California, where he’s starting to build a customer base. He also has plans to expand.

“In the near future—in one or two years—I’m going to move into a commercial area, where I can install more machinery, hire some people to work with me and build a tasting area,” he says.

“I want to provide good product. I strongly hope my consumers will be confident to say about my sake, ‘I know this is a good stuff.’ That way, I can share in the joy of my business with people, and contribute to them.”

With the obvious passion he has for his sake and the goals he nurtures for it, Atsuo-san deserves the last undeniable word here: “I am still learning from each batch and trying to make it better. This is the craftsmanship. All in all, my sake is good for us.”