Let’s suppose that you had two, completely unrelated passions in your life. And, for the sake of argument, let’s say that one of them was painting with watercolors and the other was wolfing down Hostess Twinkies. Would it ever dawn on you to open a restaurant themed around those two entirely separate things?

Luckily for generations of Valley diners, longtime Phoenix real estate developer and entrepreneur Bill Brown didn’t heed advice to the contrary when, in 1972, he first got the idea to build a business around his own two passions: eating pizza and playing the pipe organ. So, he reasoned, why not combine the two?

The happy result, Organ Stop Pizza, has become a Valley institution, catering to grateful pizza pie and theater pipe organ enthusiasts continuously for the past 43 years. Today, with a dining room that often spills over with more than 700 nightly diners, and a massive, 1927-vintage Wurlitzer theater organ that originally graced a Denver theater, Organ Stop Pizza is one of those Valley phenomena that prompts residents to exclaim to visitors, “Hey, you’ve got to experience this!”

Originally sited at Seventh Street and Missouri in central Phoenix, Organ Stop’s current (and actually it’s third) location is in a fortress-like, 17,000-square-foot building just off the southwest corner of Southern Avenue and Stapley Drive in Mesa.

The good news about pizza restaurants in the Valley—and virtually anywhere else—is also, in some ways, the bad news about them: There literally are hundreds of them dotting the local desert landscape, vying for your attention, your taste buds and your wallets.

Both a bargain and a crowd-pleaser, pizza has become a national obsession. From city to city and coast to coast, the savory-sauce-and-melted-cheese-drenched wheels we crave have turned into a cultural touchstone and the numbers prove it. In 2014, according to the food industry marketing publication PMQ Pizza Magazine, the pizza-loving populace in the country plunked down a whopping $40 billion for its slices, with nearly 41 percent of its sales going to non-chain, independent pizza parlors like Organ Stop.

Interestingly, however, Jack Barz, the current manager and co-owner of Organ Stop, doesn’t really characterize the restaurant’s food as being the main attraction the popular eatery holds for its guests. Barz, who along with his business partners Pat Rowan and Brad Bishop, have worked at Organ Stop for 30-plus years, sums it all up neatly.

“Honestly, I think of us more as an entertainment facility that serves pizza, rather than a restaurant that features an organ,” he says. “Of course, we want to make sure that we provide a consistently good [food] product for our diners all of the time, but people are here to experience the organ, with its lighting and special effects.” 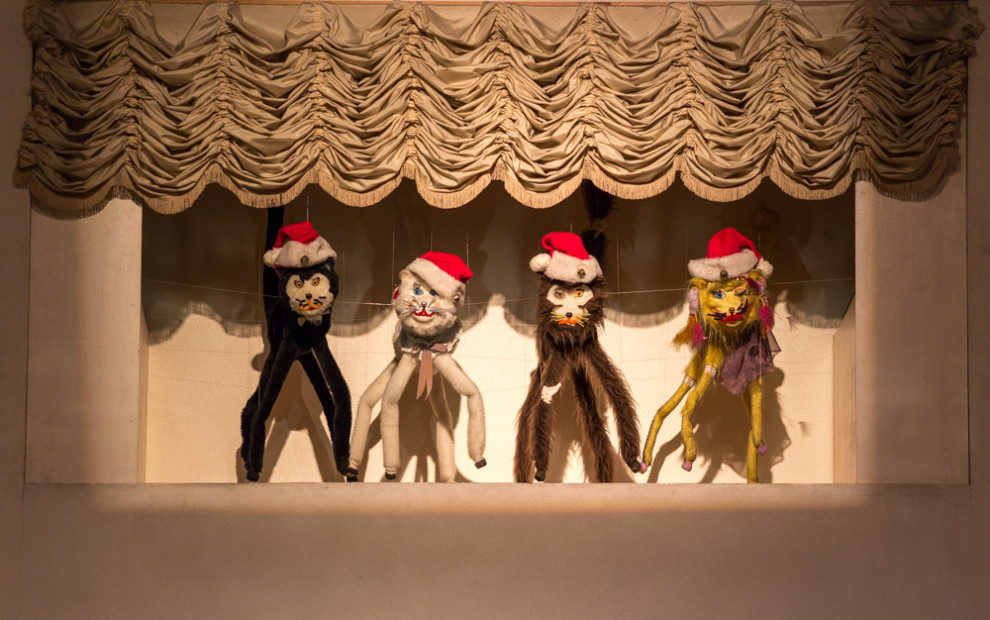 The organ is truly the centerpiece at Organ Stop. Regally reposing on a tall pedestal at the front of the vast dining hall, the grand Wurlitzer presides over hundreds of diners who, like members of a music-loving church congregation, sit below it at long, communal tables. There, they have full view of the organ and its nearly 6,000 pipes, many of which light up in a dazzling array of colors to match the music’s tempo. To power its mighty chords, the enormous instrument boasts four turbine blowers that generate airflow at 14,000 cubic feet per minute.

To give the Wurlitzer all the attention it merits, the Organ Stop employs three staff organists, two of whom alternate playing night to night. The third, a musician from Portland, Ore., actually gets flown in by the restaurant to play several times a year. The music program is interactive—based on audience requests.

“We have what we call the ‘dirty dozen,’ songs that have to be played on a regular basis,” Barz says. “Songs like ‘Phantom of the Opera’ and others that are crowd pleasers.”

All of the other songs on the playlist come from the audience. (The old chestnut “Chattanooga Choo Choo,” for instance, is the most frequently requested song in Organ Stop’s history.)

“It includes each of the armed services songs, ‘God Bless America’ and then concludes with our national anthem, ‘The Star-Spangled Banner,’ ” he notes.

To the delight of as many as 700 nightly diners of all ages who fill the vast dining room, as the medley’s music rises in volume and reaches a crescendo of patriotism, an enormous American flag slowly unfurls from the rafters.

“No matter how often it gets played, everyone reacts the same,” Barz says. “They stand up and take off their hats and sing along. It’s just a neat thing to witness.” 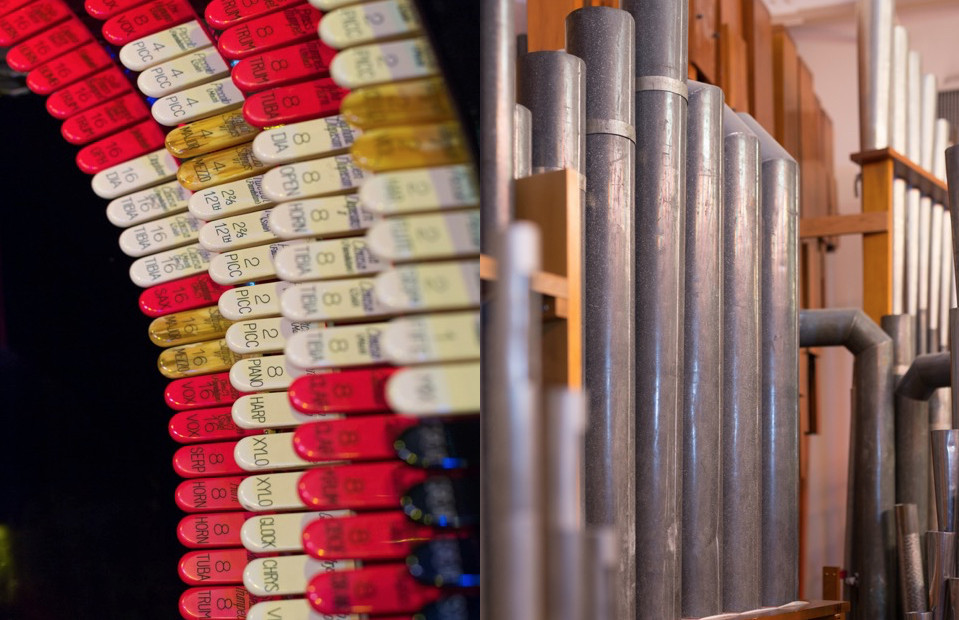 Not by the Numbers

To get a sense for how popular Organ Stop is with locals and tourists alike, one need only look at their pizza sales.

But adding up the numbers hardly tells the whole story about what so many people have been seeking—and clearly finding—throughout Organ Stop Pizza’s long history. The restaurant’s particular alchemy defies easy description.

Barz does agree, though, that diners come in looking for the kind of experience that’s rooted in a different era in this country—an experience that, on its surface, might seem somewhat outdated or anachronistic, but, in reality, is actually still very much in demand by a large segment of the population.

“It’s something they can’t find anywhere else,” he says. “Something where people from 2 to 102 years of age can come in and just enjoy it without anyone—ever—being bored.”