When a trio of high school pals put their heads together to hatch a plan that involves alcohol, the results usually end up “sketchy” at best. But in certain rare instances, a great idea—even one that’s based on youth and booze—gets born and proves to be an exception to the rule.

Such is the case with Marcos de Niza High School grads Rodney Hu, Jason Grossmiller and Jon Eagan, and their highly successful business, the Arizona Distilling Company. Add a fourth friend and partner Matt Cummins to the mix and you end up with a three-year-old, Tempe-based craft spirits distilling business that’s currently riding the crest of a major business wave, one that’s showing no signs of crashing anytime soon. 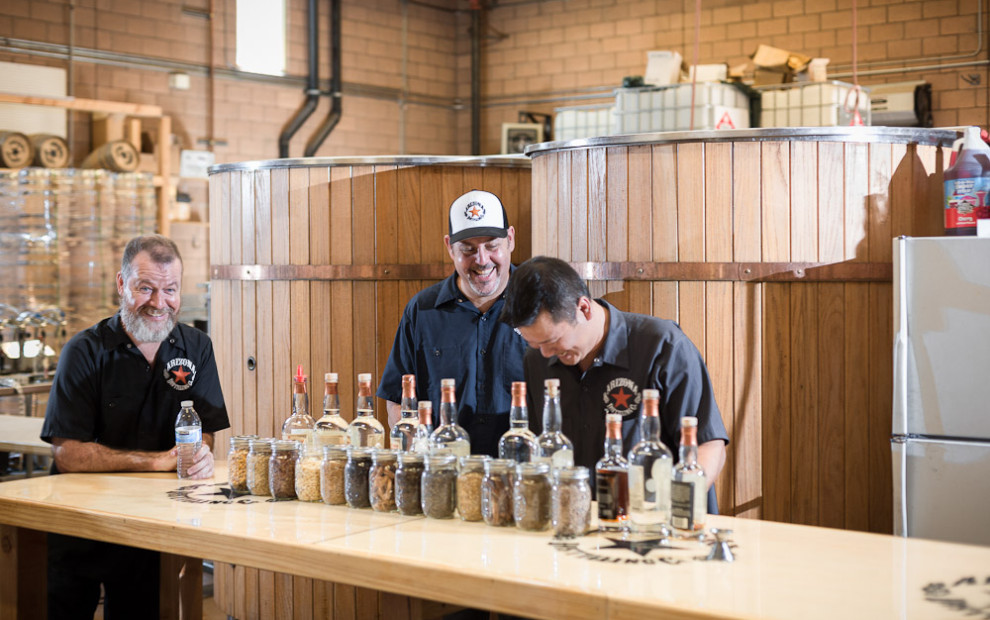 About seven years ago, Hu—who was proprietor of the locally legendary Yucca Tap Room—and Grossmiller latched onto an idea to open a micro-distilling business. Following several months of research, seminars and painstaking due diligence, they invited Cummins into the fold and, later still, Eagan joined them.

Fortunately for the four young entrepreneurs, the time couldn’t have been riper to start a craft distilling business. Over the past decade, with the stunning success of microbreweries and craft beers in the U.S., the next logical market to penetrate was small-batch-oriented crafts spirits distilling. With a lot of elbow grease and solid planning, the four owners are enjoying the fruits of this booming U.S. market, and they’re wasting no time making whiskey while the sun shines, so to speak. 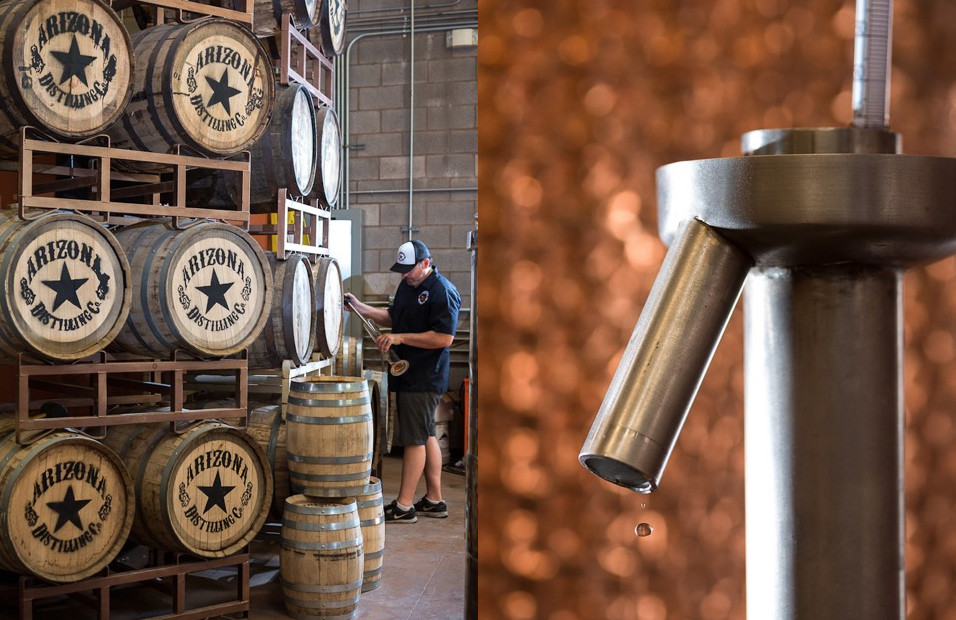 The quartet set up shop in an old welding facility in Tempe and quickly got to work, with Grossmiller and Cummins leading the effort to source local Arizona grains; and distill, bottle and label six initial distilled spirits.

“Our first release was our Copper City Bourbon,” Grossmiller says, adding that it Arizona’s first legal bourbon ever produced. “We also have our Copper City Moonshine, which is basically the same product, but unaged. And then we have our gin and three whiskeys—a malt whiskey, our rye and our Desert Durum Wheat Whiskey.”

Most recently, the company introduced their new gin label, Commerce. Recognizing the five C’s of Arizona—cotton, cattle, climate, citrus and copper—commerce is considered by many to be the state’s sixth C.

What makes their products different from any other commercially produced products on the shelf is their attention to detail. 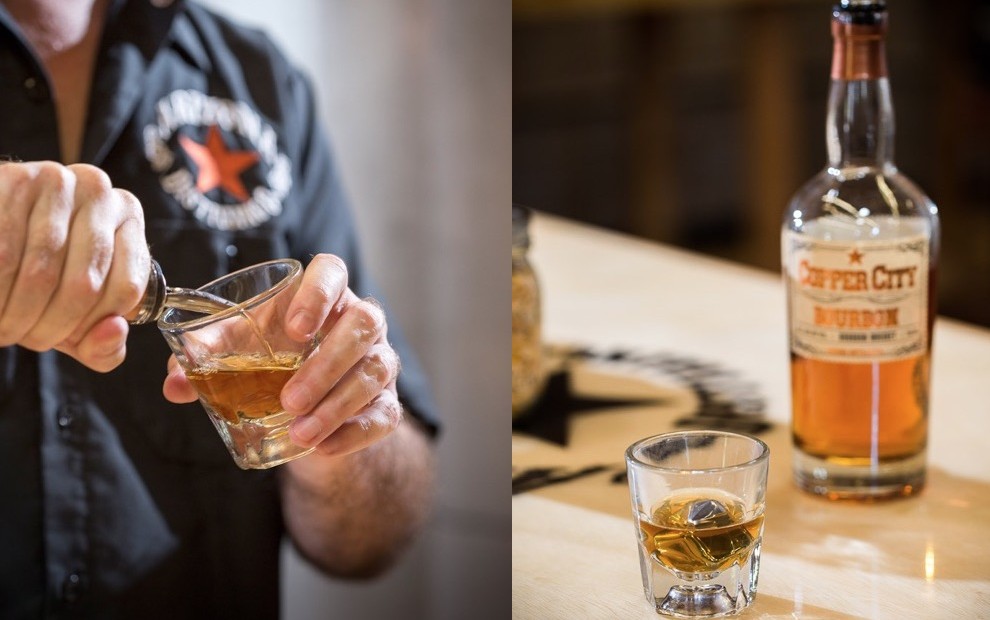 “This is a small operation—it’s just the four of us,” Hu says. “We’re closely watching the entire process. We’re not robots filling bottles. It’s that attention to detail and the craft of what we do that makes the difference.”

“Being such a small company, it’s great for us, and our distribution,” Grossmiller says of the prize. “Winning an award like that we can take this product to another state and let people know that they’re getting a quality product.”

This story was produced in collaboration with Elevate AZ, a quarterly magazine published by National Bank of Arizona. The magazine tells the stories of the passionate people across Arizona making it a great place to live, work and dream.