Perhaps more than any major city, Los Angeles is a lesson in contrasts. Cocky as it is self-conscious, striking as it is crass, generic as it is global, it’s an alpha city with a shaggy haircut and a bratty, reassuring smirk. It can be anyplace you want it to be.

L.A. is a magnate for deep-pocketed creatives and struggling dreamers alike. When describing the city’s maturing status as arguably the country’s No. 1 food destination today, L.A.’s turbulent, fertile genes ring more true than ever.

Already a playground for some of the country’s best ethnic eating, L.A. is a city-size, anytime buffet of nowhere else regional Chinese and Thai, Salvadorian, late-night Korean, tacos, ramen, and so, so much more. More recently, however, the city has ascended beyond simply the ethic go-tos and flash-over-fantastic dining hot spots. Los Angeles is now a smoldering restaurant incubator, a bucket-list destination for the world’s top kitchen talent who migrant to absorb, dream, live and cook.

Chef-driven, globally-inspired, hyper-seasonal, you name it: It’s perfected in L.A. Here’s an up-to-the-minute shortlist of buzz-worthy spots you should check out, well, now.

Cruise down Beverly Drive to Larchmont, where one of the city’s most aspirational new coffee haunts, Go Get ’Em Tiger, tames lines of the city’s painfully self-aware with their exceptional beans. Coffee milkshakes? Don’t miss out on their clever—and full-throttle—mix of homemade vanilla ice cream, milk and espresso.

Breakfast in L.A. wouldn’t be complete without a visit (and a time spent waiting in line) at Sqirl. The tiny, insufferably beloved eatery on Virgil Avenue, along the western fringe of Los Angeles’ hyper-cool eastside neighborhood of Silver Lake, pulls from all over the city for their ever-changing daytime menus, including a laundry list of decadent and seasonal baked items, homemade jams and hearty egg dishes. 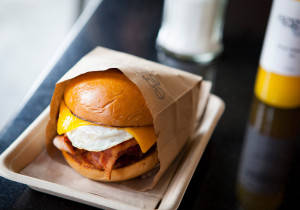 The edible, urban pulse of downtown Los Angeles—referenced affectionately as DTLA—sits new-again Grand Central Market. A nearly century-old food hall with a renewed lease on life thanks to a recent onslaught of buzzy new food vendors, Grand Central Market is a block-long reflection of today’s L.A. Food-hungry visitors lose afternoons parked in patient lines for off-the-moment outlets like egg sandwich temple Eggslut, made-to-order Thai at Sticky Rice, and the freshest oysters in the city at the island stall Oyster Gourmet.

From Little Osaka’s Tsujita to Little Tokyo’s classic Daikokuya, there is no shortage of superior slurping in Los Angeles. The latest counter to park is Ramen Champ in Chinatown, the cozy, Tokyo-style ramen-ya offering three broths: the rich, milky tonkotsu; the chicken shio made with buttery chicken schmaltz (a crowd favorite); and a perfectly salty vegetarian shiitake. 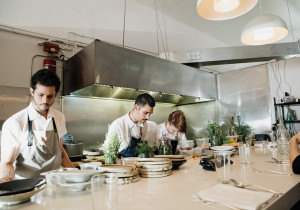 A few years already under its belt, DTLA’s unsuspecting Alma Restaurant continues to inspire with chef Ari Taymor’s thoughtful, unexpected and ever-changing tasting menus, constructing bold flavors from simple ingredients. As the bite-sized courses begin marching out—like the chilled oyster and turnip granite; the eggy, jewel-like tofu and seaweed beignets; and the glorious sea urchin toast with burrata and caviar—it’s zero surprise this still-new restaurant seems as fresh as ever.

From Thai Town to the San Fernando Valley, there is no dearth of incredible Thai food in Los Angeles. Night + Market, a hidden restaurant within a restaurant along the Sunset Strip in West Hollywood, have diners gushing over chef Kris Yenbamroong’s sharp menu of Bangkok and northern Thai street foods, like the spicy deep-fried pig’s ear, the charred and rich pork collar, and the bright khao soi noodles, with braised hanger steak, swimming in coconut milk curry and fresh lime. And because one N+M isn’t enough, Yenbamroong also has a location in Silver Lake. 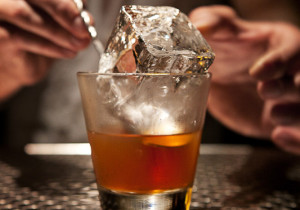 The rebirth of well-engineered, patient cocktails hit Los Angeles early. One of the city’s most regarded watering holes, DTLA’s speakeasy-lite The Varnish continues to capture big-league press for its manicured cocktail program.

Today, the still-screaming Normandie Club is the latest cultured, dark hideaway for sincerely fabulous drinks. Located in ever-blossoming Koreatown, a few miles due west of downtown, don’t forget to stumble into adjacent Cassell’s Burgers before they close for pitch-perfect burgers and their infamous potato salad to help exercise the booze post Normandie.

Traveling to Venice? A short 20- to 30-minute freeway hop (on a good day) introduces you to Scopa Italian Roots. Sure the Cal-Ital food is tasty, but the real reason to make this Venice trek is quite simply the wonderful cocktails and the glamorous space. You’ll quickly feel like a million bucks sipping vintage-inspired cocktails at this beautiful bar.

Design-savvy travelers shuffle with the textbook hipster set at the still-glowing Ace Hotel, near the southern end of Broadway’s historic theater district—ground zero for the DTLA’s stunning rebirth. Beyond the guestrooms, where stylish efficiency always outweighs superfluous trimmings, this revived Spanish gothic beauty offers guests some of the best views (and drinks) in town at Upstairs, the see-and-be-seen rooftop cocktail perch and picturesque pool area. At Sunset? No better time to go.

Some might argue that New York has this, and San Francisco has that. However, at this very moment, there is no bigger restaurant boomtown than Los Angeles. Always a cultural stew of sensational, authentic ethnic eats, the city’s dining landscape as matured into a vibrant, confident and applauded culinary capital.