Little did he know, but Doc Brown’s 22-year career with the Phoenix Police Department may very well have paved the way for his life in the artisanal ice cream business. As owner of Doc’s Artisan Ice Creams, a perennial favorite among discerning ice cream loyalists, Brown’s family-run ice cream shop has die-hard fans clamoring for its signature pops that run the gamut from raspberry Chambord, to coconut passion fruit mango.

Brown got the nickname “Doc” during his early years on the force when his fellow officers learned of his extensive background in science and technology. In fact, before moving to Arizona, he spent 12 years working as a petroleum geologist in Louisiana and Texas. On the force, the name fit him for the obvious reasons: his inquisitiveness, tenaciousness and attention to detail. It’s those same qualities that have made Brown the sweet success he is today. 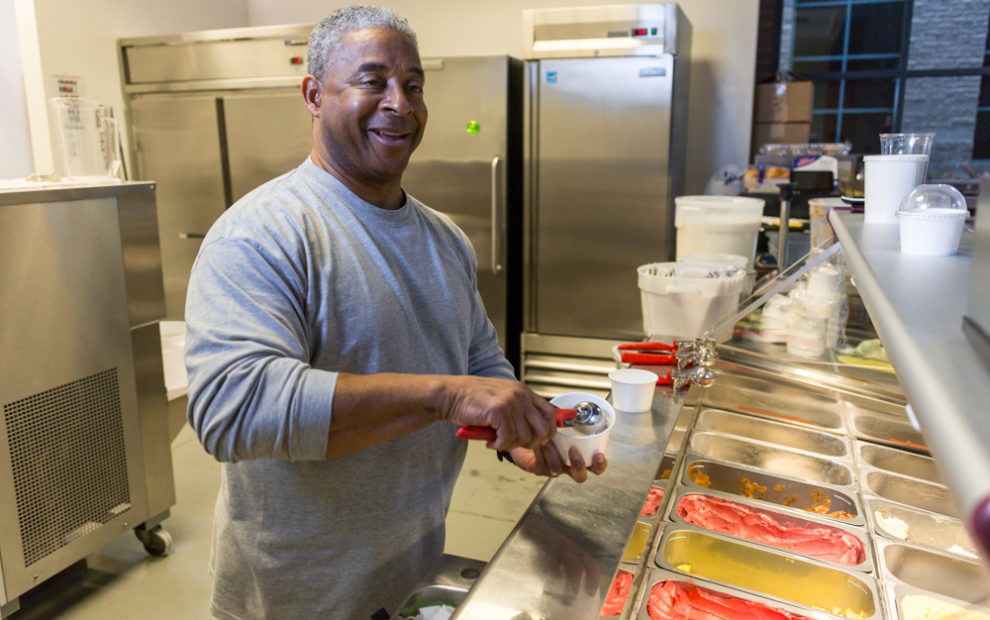 At only three years old, Doc’s has garnered the attention and popularity few startups are able to enjoy. The company was named Best Ice Cream by the Phoenix New Times “Best of Phoenix” awards in 2014, has wowed attendees at the Devoured Culinary Classic two years in a row, partnered with some of Arizona’s top resorts and restaurants, and even served the NFL’s players and owners during the 2015 Super Bowl festivities.

Not bad for an ex-cop whose motto when he started his business was, “just say yes and figure it out.”

Although his ice cream shop is still fairly new by restaurant standards, Brown is no stranger to the kitchen. During his years with the Phoenix PD, he’d often cook for his fellow officers and even had a small catering business. Brown considered opening a restaurant after retirement, but after conferring with a few chef friends, he ultimately decided on ice cream.

“Once I made the decision, I was all in,” he says. 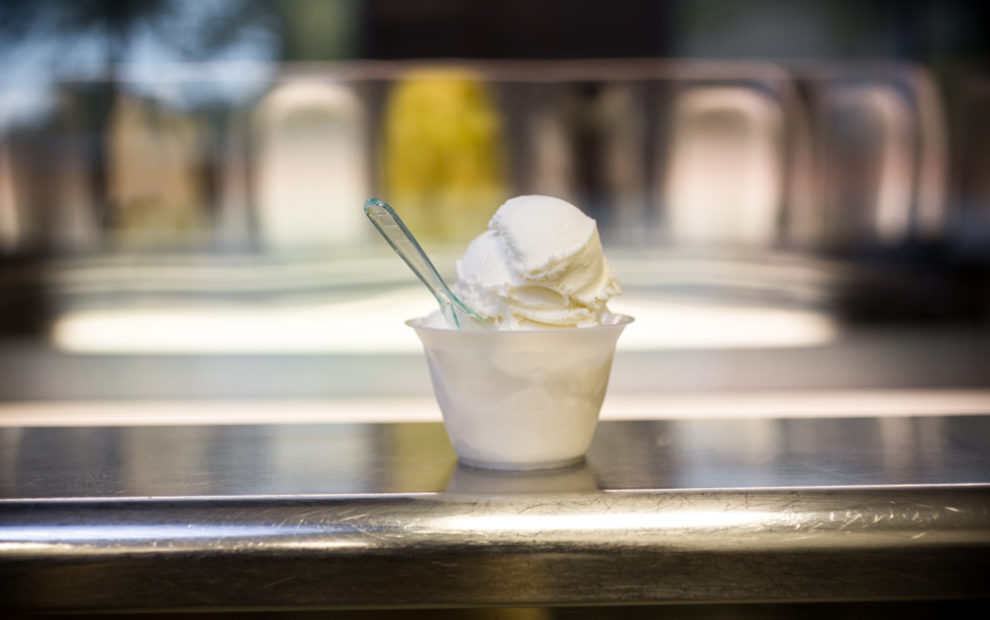 And “all in” he was. Brown got a jump start on honing his ice cream making skills by taking classes around the country. He started in 2007—a whole six years before opening Doc’s—and went on to take several ice cream classes a year. One year, he even invited his then-84-year-old father, Tom Brown, to join him.

“We did a three-day course in Florida and he had a ball,” Brown says. “Today, he does everything we do here. From fruit processing to keeping the machinery clean, he takes care of it.”

While Doc’s serves artisan ice cream, the business is known for its gelatos, sorbets and frozen pops—all made with all-natural and organic ingredients.

“You won’t find refined sugars, GMOs, gluten, dyes, artificial ingredients, preservatives or eggs,” Brown says. “Pretty much anything someone would consider an allergen, we’ve removed from the product.” 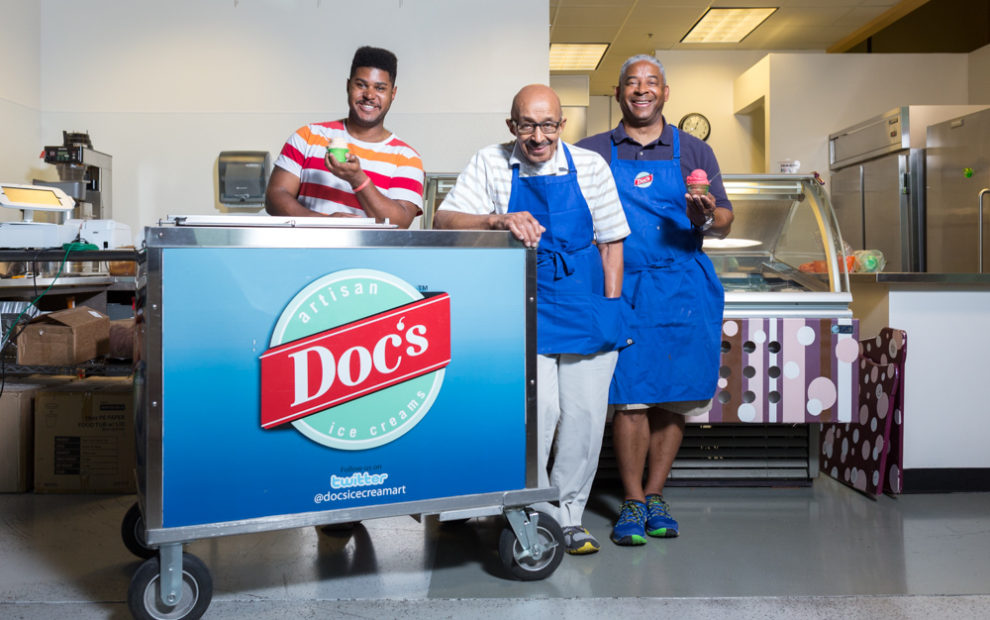 And when it comes to developing flavors, Brown believes in an “out-of-the-box” way of thinking. Topping out at 95 flavors served throughout the year, the extensive list includes such innovative selections as ancho chile, mango habanero, salted caramel and coconut lemongrass lime, the most popular item on the menu.

“When I’m developing flavors, I’m looking at food first—what flavors work or what can work together, and then we go from there,” says Brown, who, recently, has been inspired by some unique fruits from different parts of the world.

“We do a Middle Eastern-inspired honey saffron gelato, as well as a flavor made with mamey sapote, a high-fiber fruit from the Caribbean,” he says. “I’m also working with soursop, a South American tropical fruit that has beneficial qualities.”

Brown admits that when he started his business, he didn’t know how things were going to go. But the one thing he made sure of was, like any good police officer will agree, to be prepared.

“Admittedly, there were a lot of things I didn’t—and still don’t—know. But what I do know is my craft.”