“Most people can’t keep a pot of basil alive,” laughs Barbara Eiswerth, director of the Iskashitaa Refugee Network (IRN) in Tucson, where she not only keeps a garden in the desert, but also focuses on untapped food resources already available. Eiswerth developed the network to meet two separate needs: the city’s booming refugee population and an abundance of unused edibles. Keeping basil alive is only a fraction of her plan.

The organization began as a mistake. What started as a youth mapping project became a growing network of refugees when a neighbor suggested recruiting local Somali Bantu kids to help glean fruits in the area. As they explored the neighborhoods together, they noticed oranges rotting off the trees, pomegranate-laden branches, and plenty of cactus fruit ripe for the picking. It was clear there was so much food not being accessed and instead, was going to waste.

In 2003, the Iskashitaa Refugee Network was born and has since had a growing number of refugees from over 30 different ethnic groups and now welcomes upwards of 50 non-refugee volunteers each month. One refugee had only been in the U.S. for three days, and was already harvesting at the Native Seed Search Patagonia Farm with the network. 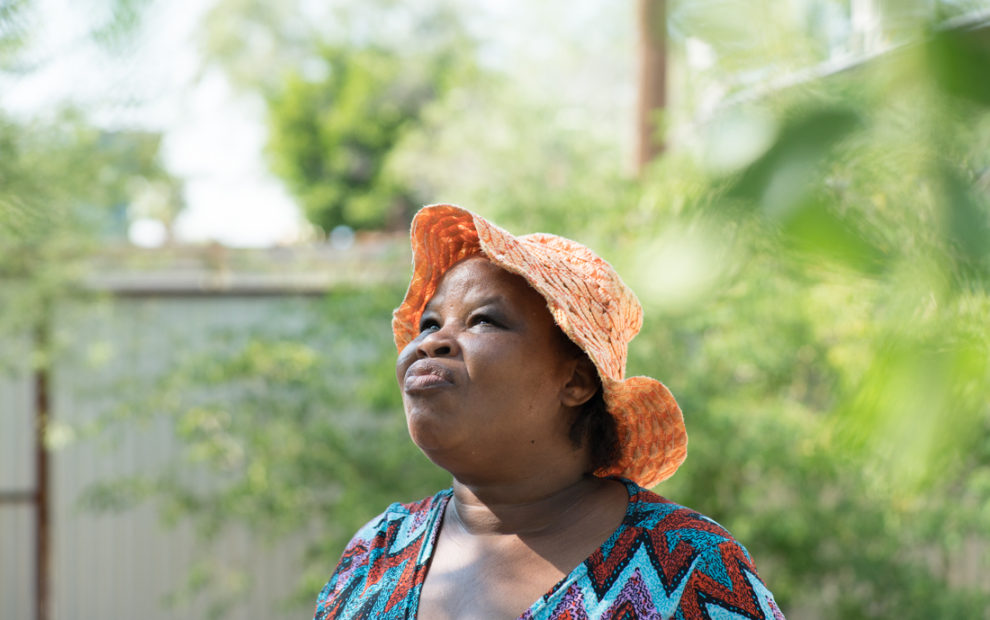 The IRN offers food workshops on preservation and preparation, demos, trips to hydroponic and aquaponic farms, community potluck dinners, and harvesting trips that involve gleaning what would normally go to waste from established fruit-bearing plants. Harvests can include citrus like kumquats, oranges, grapefruit, lemons and limes, and plants such as jojoba, carob, mesquite, palm dates, jujube and fiddleheads. Last year, the network yielded more than 150,000 pounds of fruits and vegetables, and has gleaned about 83 different foods from local neighborhoods.

On a recent harvesting trip to the University of Arizona’s CEAC Greenhouse, refugees and volunteers harvested 700 pounds of tomatoes, cantaloupes, eggplants and other product in just a few hours. The produce is grown in a hydroponic system that is moving towards being completely organic. 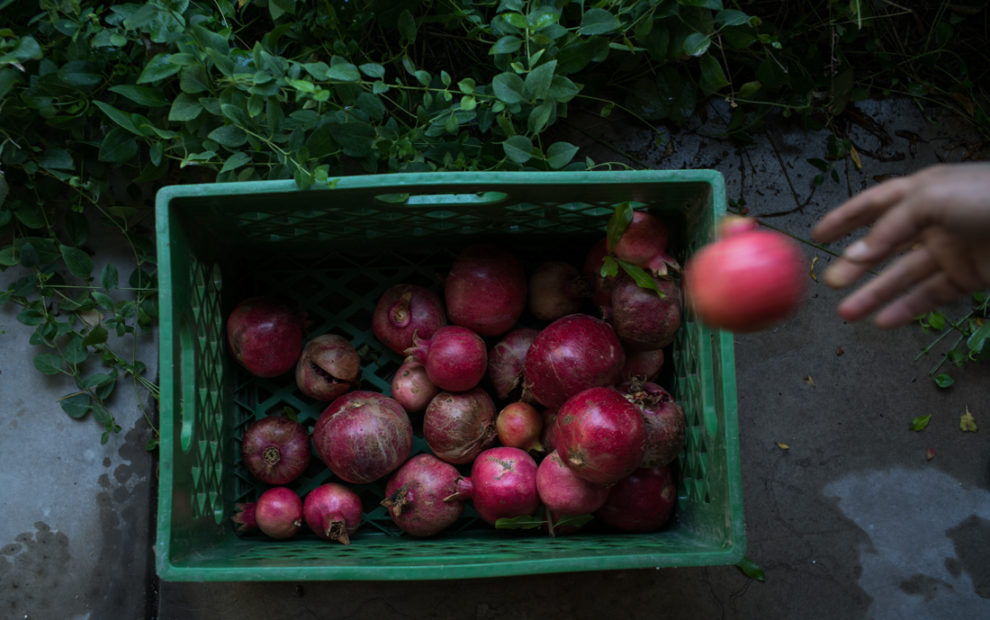 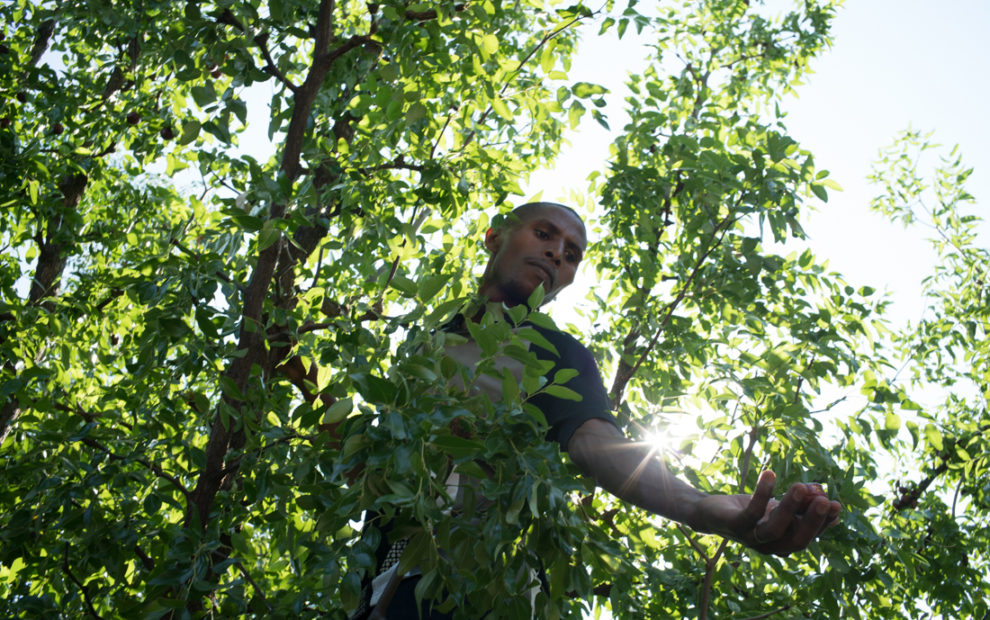 Among the harvesters were refugees from Iraq and Afghanistan, college students and retirees, working and talking quietly among the fragrant tomato vines. One harvester said he hadn’t picked a tomato since he was a child in his grandparents’ garden; the fragrant smell was guiding him back in time.

Throughout the harvest, the group tore down vines, cleaned up the greenhouse, and brought food back to the Iskashitaa headquarters to be sorted. The bounty was then turned into products—such as cactus chips, juniper infused vinegar, candied pomelo rind, and salt cured olives—which the network distributed to local stores and produce companies.

Harvested food has also found multiple uses. Seville oranges, for example, have ended up as curd, concentrate, syrup, pound cake and frosting in the hands of the cooks at Iskashitaa. The refugees process the foods themselves and use techniques native to their home countries. One product, fermented greens and radishes, is a Nepali delicacy. The greens and radishes are ground with a rock and buried for around 20 days, dried again, and then used in soups, stews and sauces. It’s a healthy way to add flavor to dishes without sugar, salt, or corn syrup. 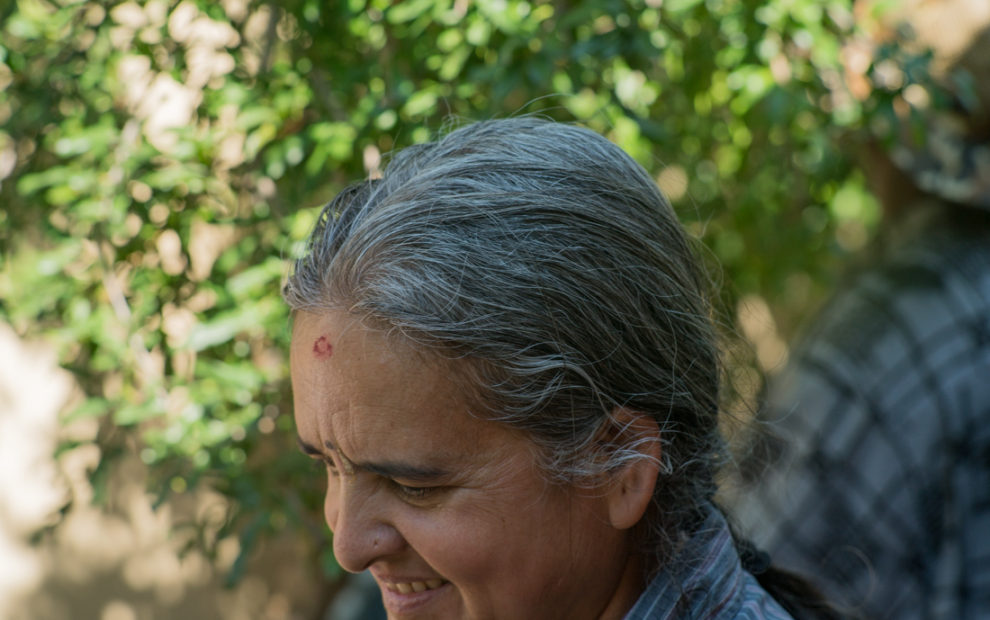 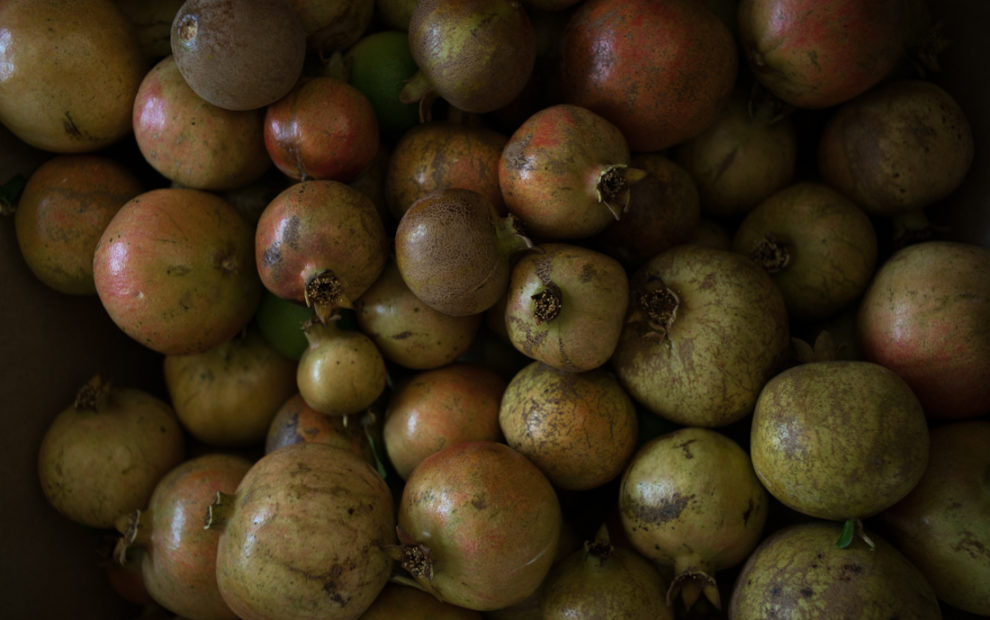 The network is largely funded through sustaining donors, and the proceeds of their labor is divided: 50 percent benefits the refugees and their families, 40 percent is donated to food banks, and 10 percent goes towards running food workshops. The benefits to the refugees, however, are much more than monetary. One refugee left Eiswerth with a powerful message: “Twenty years my hands have not been connected to the ground; 18 years in a refugee camp, two years in Tucson. In those two years, I have been grounded again,” he said.

“[Here,] their culture, language and food traditions are appreciated and valued. And they are empowered to help themselves,” says Eiswerth, who trains refugees to identify, harvest, prepare, juice, cook, package and label foods, as well as work in the office and at the farmers markets. “These are skills that will help them succeed as they integrate into the local community. It’s a unique opportunity for them to give back to the community that is giving them a second life.” 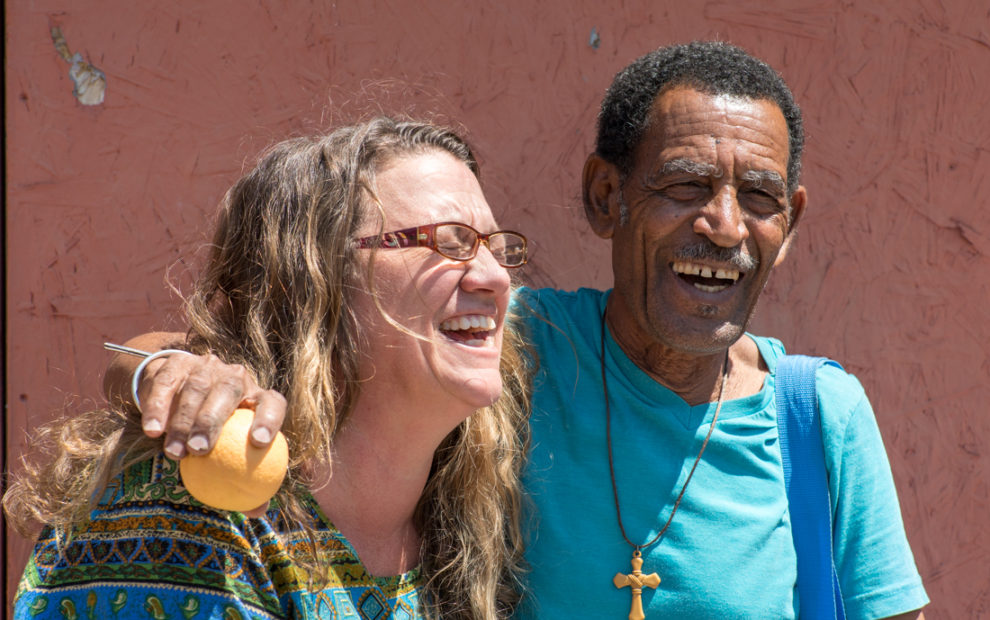 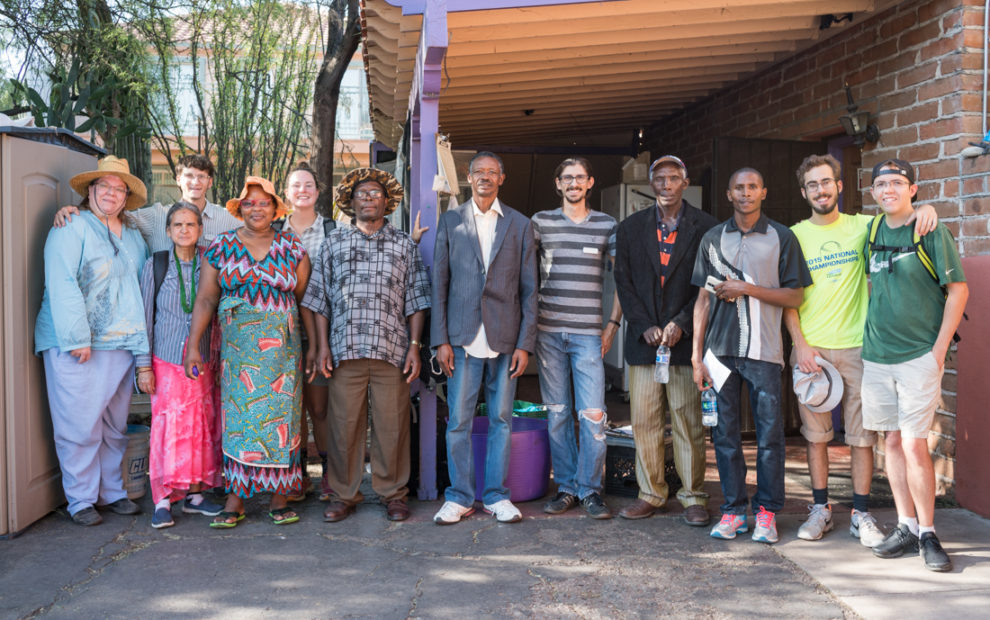 The Iskashitaa Refugee Network’s mission is a timely and crucial one. “Immigrants are very interested in integration, but it’s even more challenging in our current atmosphere. So this has been really a godsend for the Hindu, the Muslims, the Christians, the in-between…”

But food has been the leveler, Eiswerth says. “What is food? Food is culture, tradition, comfort, sustenance, and survival. It levels the playing field so that we are all just one, learning about native foods, non-native foods, and learning from each other. It’s healing.”