Plates of steaming green chili tamales, spicy huevos rancheros floating in sauce, and chiles borrachos stuffed with creamy risotto stream from the open kitchen into the dining room. Almost every table is taken, and the dim chatter of guests mingled with shouts from the kitchen fill the open restaurant.

Wendy Garcia, chef-owner of Tumerico, a bustling restaurant just a stone’s throw from the University of Arizona, calls out to a customer as she handles four pans on the stove in the back of the kitchen. Flames shoot up around the rim of a pan as she coats it with hot oil and throws a handful of onion slices in to brown. Garcia cooks enthusiastically, bouncing from cutting board to stove to prep table. And when she has a chance, she checks in with customers and has a seat with them at their table.

“How is everything? Is it good?” 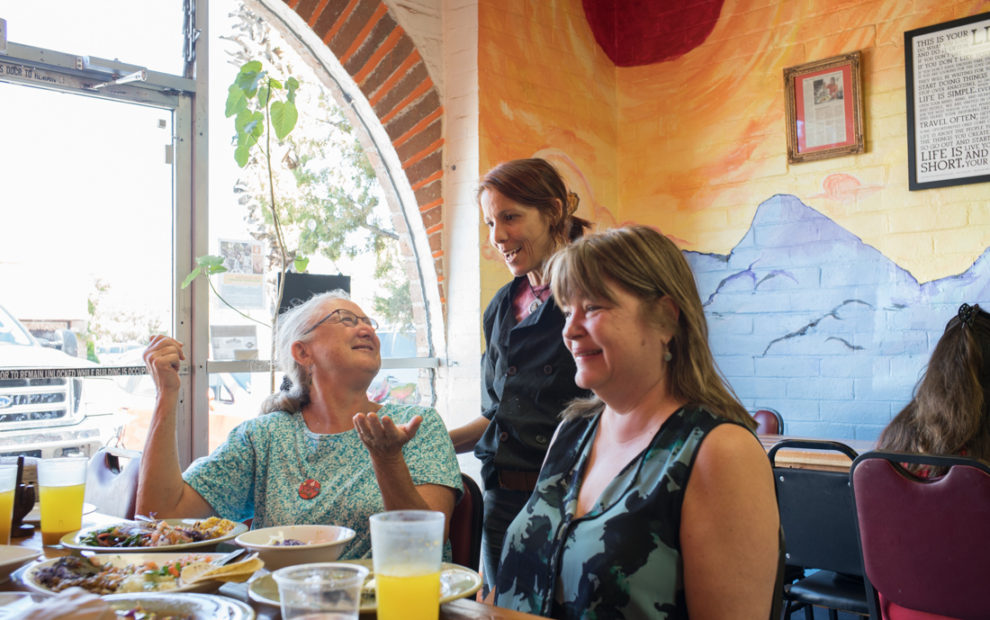 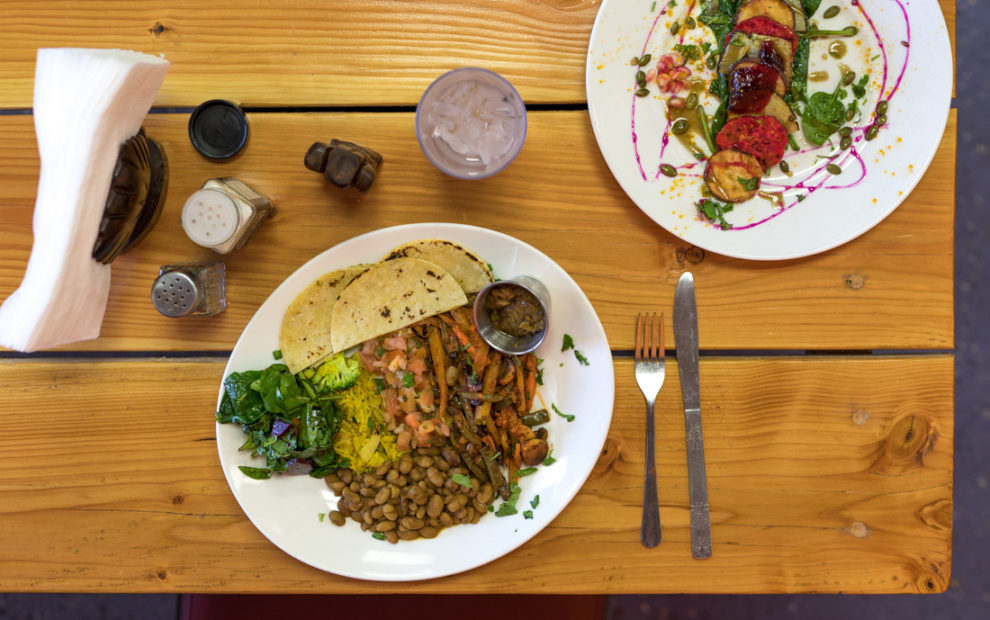 Garcia opened Tumerico as a brick and mortar restaurant in November 2016 after running a food cart and stand at the local farmers markets in Tucson. Her food is grounded in her upbringing in Hermosillo in northwest Mexico, where she was raised on a farm. Dinners cooked by her father were composed of vegetables from their garden and fresh cheese from their cow. Garcia describes her father—an inspiration for her cooking—as a “serious, old-school chef.”

“I liked making cheese with my dad, using the freshest milk ever. I helped him milk the cow and make the queso fresco or requeson (kind of Mexican cottage cheese),” she recalls. “And then we’d make the tortillas, just right before eating the cheese, and chiltepins (chile pepper) were a must.”

Inspired by her upbringing, Garcia is all about making everything by hand with the freshest ingredients possible. She uses product from local farmers markets, such as the Santa Cruz Farmers’ Market, and incorporates Sonoran foods—like cholla buds, cactus, and mesquite—in her dishes.

Having started in the food industry at the age of 17, Garcia quickly graduated to working sauté, where she found satisfaction in the fast-paced environment and creating flavor combinations. Diners see that today in her hand-written menu, which lists dishes that fuse flavors and cultures, such as her babaganoush tostadas, Spanish paella, and Korean nopalitos. She has also shifted her food sensibilities from meat-centric farm fare to vegetarian, vegan, and gluten-free meals. Even her tamales are made with olive oil instead of lard. 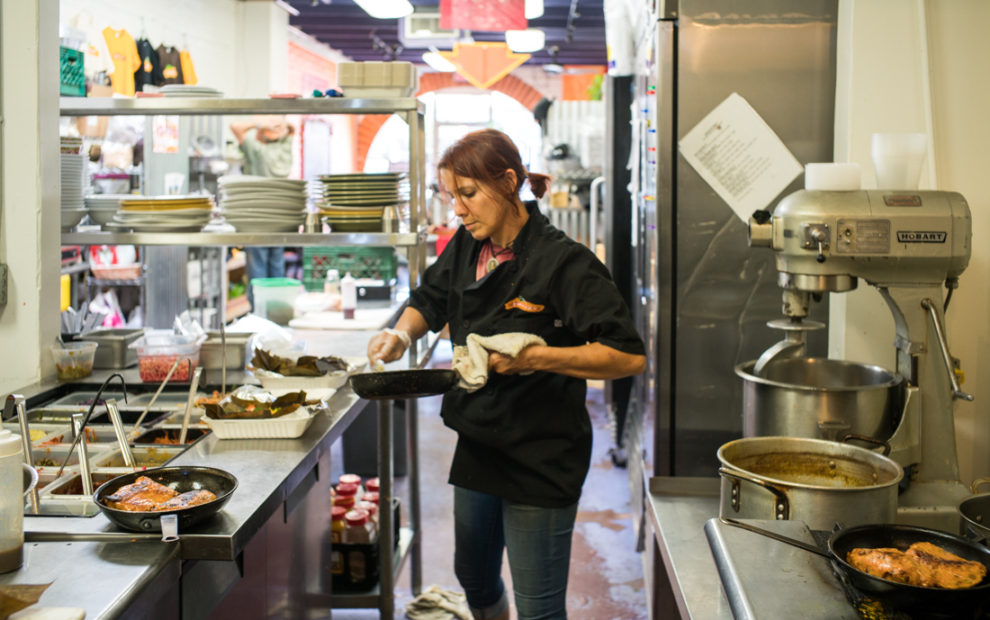 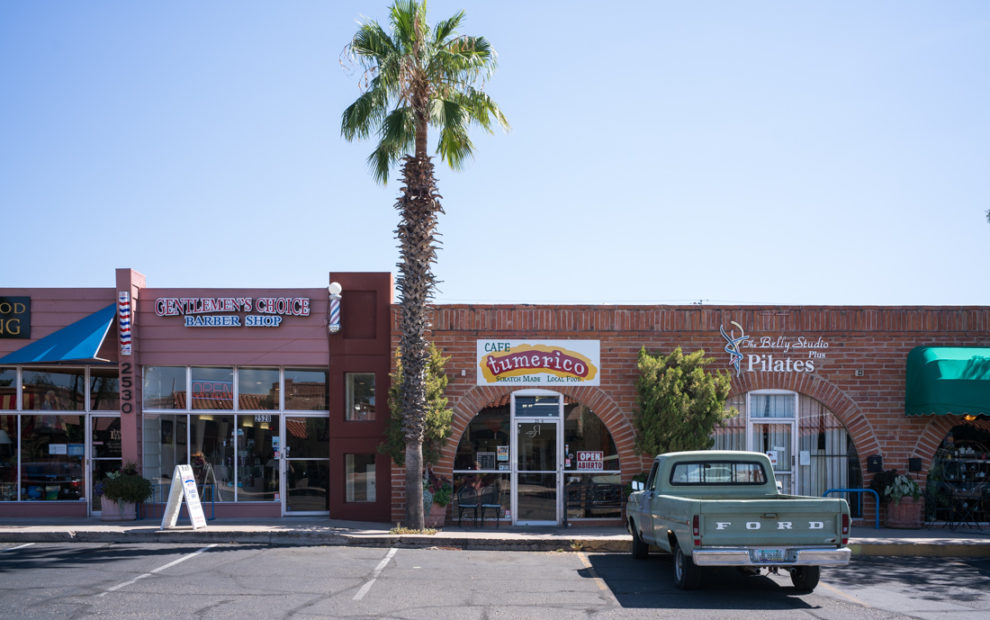 Food goes hand-in-hand with Garcia’s overall lifestyle. A vegetarian and Bikram yoga enthusiast, she made a drastic change to the way she lived after moving to the U.S. as a teenager. Not being able to eat as healthy as she did living on the farm, she began to gain weight and overall, wasn’t feeling good.

“Food is what gives us life. If I want to be healthy, I have to eat good quality ingredients—the fresher the better. It doesn’t matter if you’re a vegan, vegetarian or meat eater, good ingredients and moderation are very important to maintain good health,” says Garcia, admitting, however, that her guilty pleasure is French fries and ketchup.

Spice is also very important in the food at Tumerico. The restaurant itself was named after the root turmeric, a spice that has a strong anti-inflammatory effect and acts as an antioxidant. It was first introduced to Garcia by her yoga guru who taught her how to make chai with the spice. She now uses it in almost all of her recipes, and even makes a tonic with it.

Inspired by Indian food, Garcia also likes to use cumin, ginger, and cardamom to flavor her foods. With these, she makes her signature dishes: butternut squash tamales, moles, curries, and “spicy salsas that almost no one can handle.” Her fan favorites, though, are her chai, brownies, and vegetarian Sonoran hot dog loaded with pinto beans, grilled and fresh onions, tomatoes, jalapeno sauce, mayonnaise, and mustard. 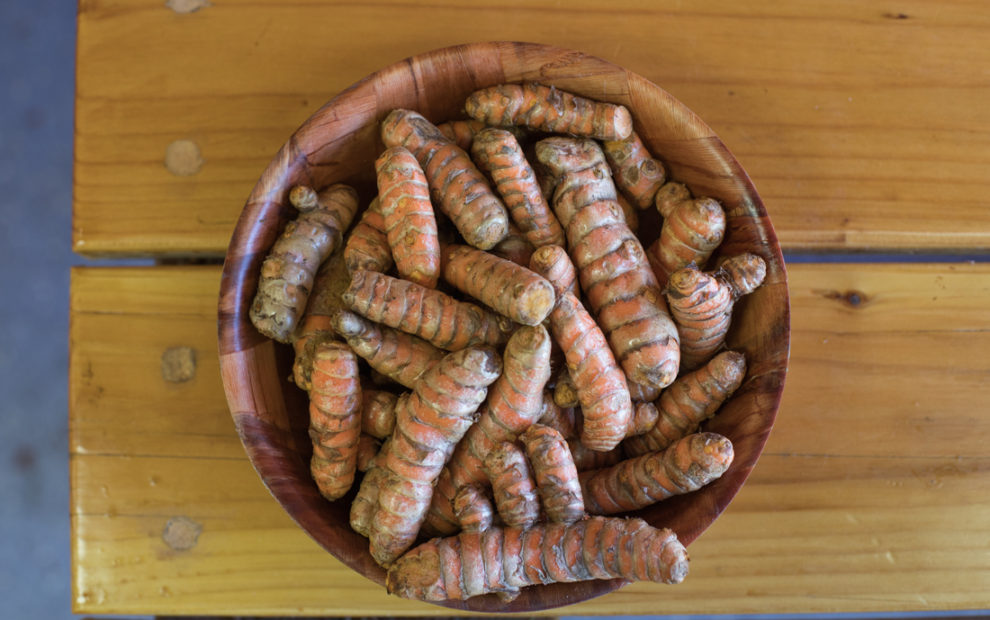 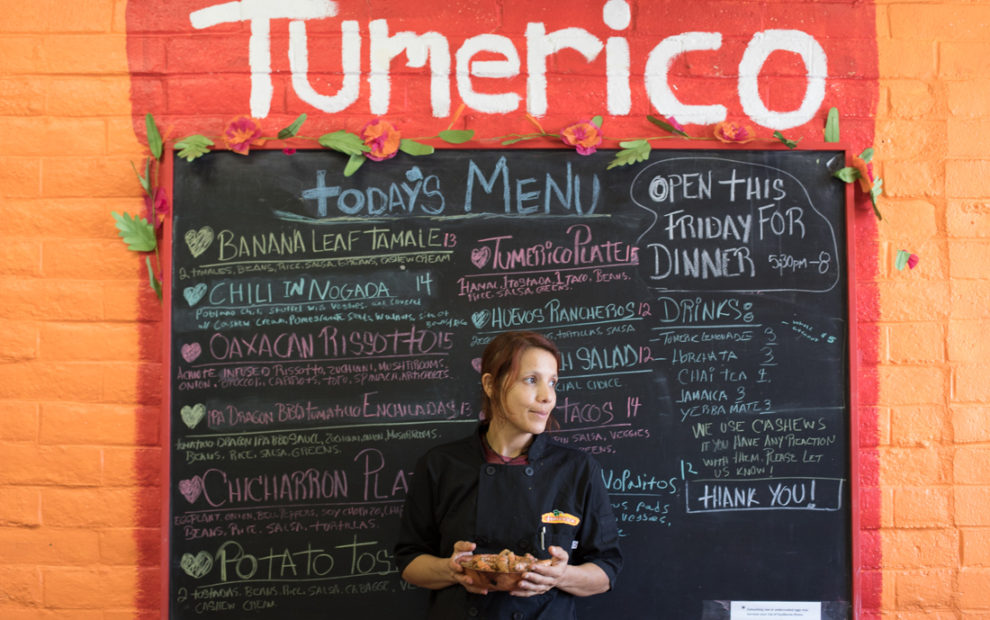 “All the dishes I create are part of my cultural background—not the same, but a fusion of new ideas that change the way we feel. I don’t have any recipes, I just follow my passion,” she says.

Garcia’s food presentation is striking, and reflected in the decoration of her space. Everything is colorful: One plate will have lush greens drizzled with olive oil, golden tender tamales, fragrant red chilis, and crisp purple cabbage, a palette that is mirrored in the enormous mural of on the wall of flowers, a floating turmeric root, and a hummingbird, the restaurant’s symbol.

“We share the love for pure foods, speed and beauty [with hummingbirds],” Garcia says. “Also, their demanding nature for perfection is everything, how organized they are and always knowing that there will be food no matter what. They always show up.”