If you’ve ever enjoyed Ethiopian food, then you know it’s more than just a meal—it’s a full sensory experience.

There are the warm, fragrant smells of such spices as turmeric, cardamom and cumin. And since this is food you eat with your hands, you’ll feel the delicate spring of the spongy injera in your fingers as you tear the thin bread into pieces and scoop up mouthfuls of food. Then, there are the flavors: From subtly spicy to rich and complex, this vibrant cuisine offers something to please nearly every palate.

It is for this singular experience that diners have been coming to Cafe Lalibela in Tempe for more than two decades. Opened by Atsade Desta in the late ’90s, it was the first Ethiopian restaurant in the entire state. 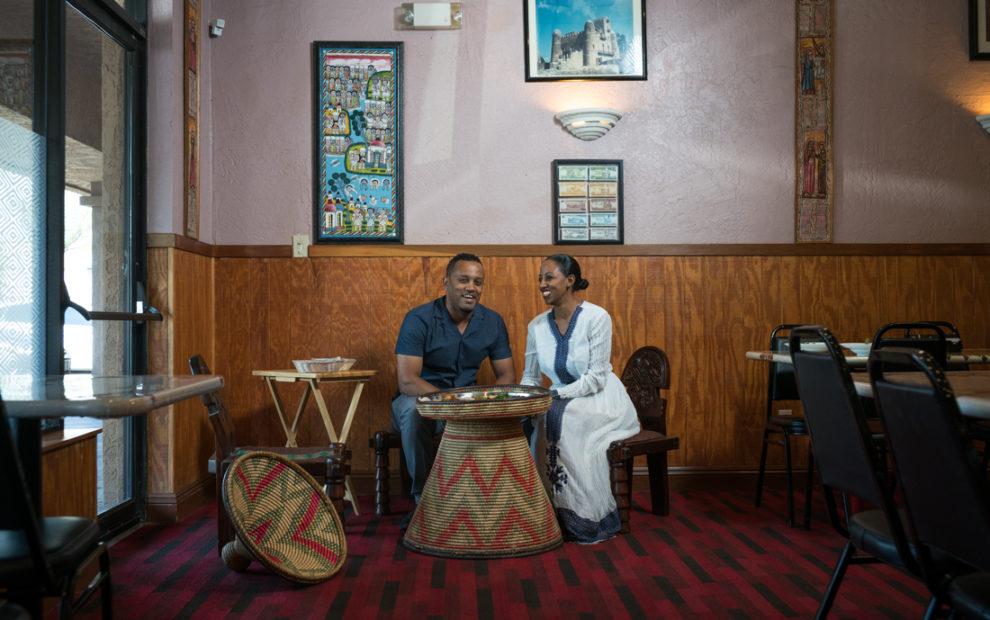 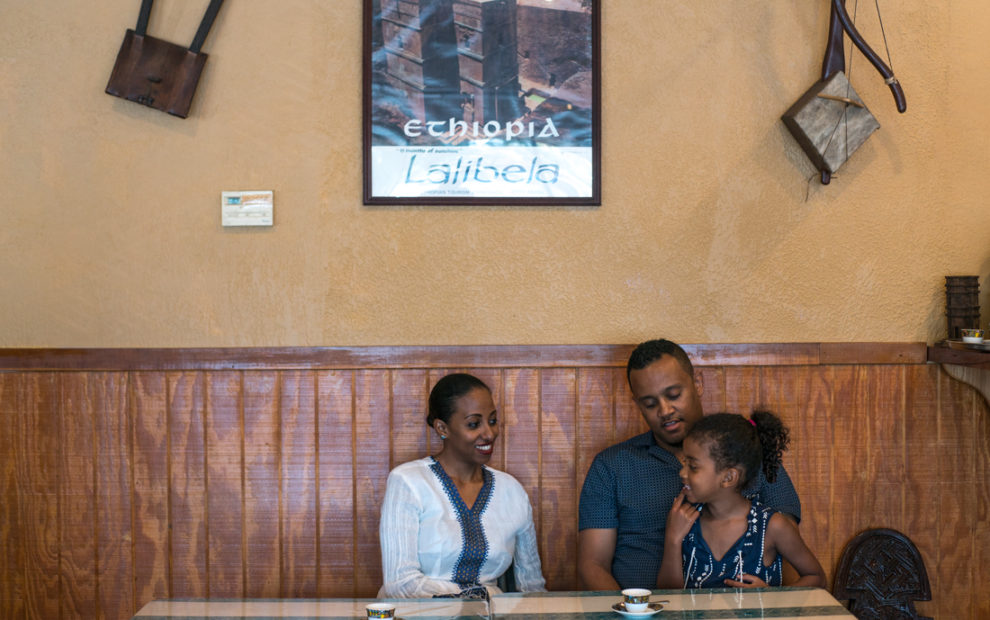 “Everything we do is the way we do it back home,” says general manager Anibal Abayneh of the restaurant’s dedication to serving authentically Ethiopian food and drink.

But “home” is a complicated concept for Abayneh, who came to Arizona from Ethiopia by way of Canada about five years ago. He spent a decade living and working in Calgary before coming to the U.S., and the Great White North holds an important place in his heart even today.

“For me, my home is Canada,” Abayneh says. “I’m a proud Canadian, to be honest with you.”

So why did he pick up and move to the middle of the Sonoran desert? The answer is simple. “Family first,” he says. 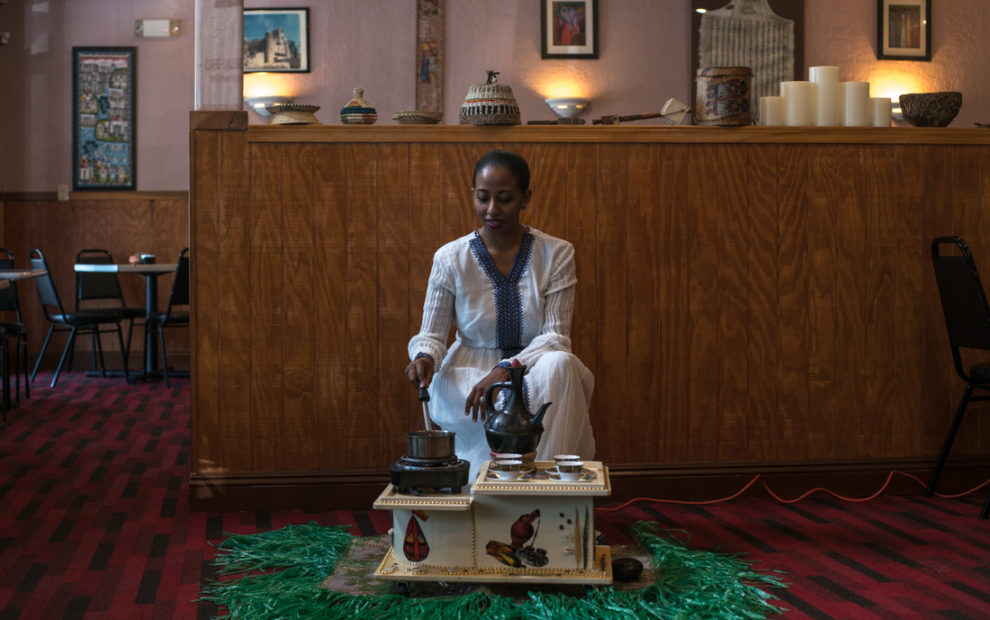 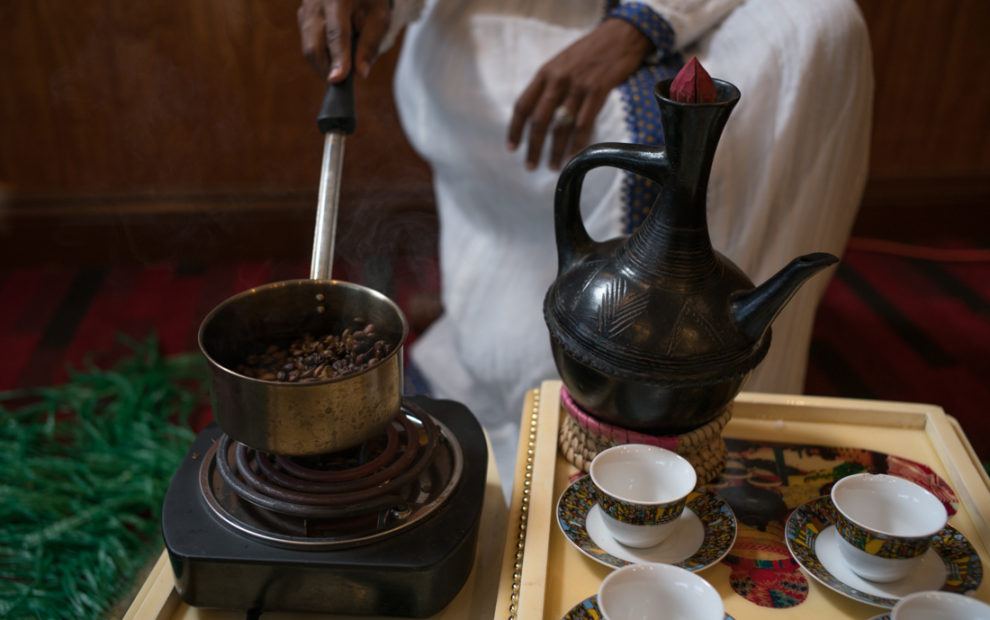 Growing up in Addis Ababa, Ethiopia’s capital city, Abayneh was neighbors and family friends with Desta’s daughter, Salem Beyene. Beyene moved to Tempe with her mother and family two decades ago, but the two were reunited in 2010 in Ethiopia after which time, Abayneh moved to Phoenix so the couple could be together. They now run the restaurant along with Beyene’s mother.

But even if he considers himself a Canadian at heart, educating Americans about Ethiopian culture, food and history is important to Abayneh. To that end, the restaurant will host an Ethiopian Festival on Aug. 5 at the Mesa Convention Center. The event will include food, traditional Ethiopian music, and dancing, as well as information about the restaurant’s plans for the future.

Already, in the last year and a half, the family-owned and -operated restaurant began distributing ready-made stews to Whole Foods stores throughout the state. In the beginning, Abayneh says he, his wife and mother-in-law would work at the restaurant during the day and then work overnight to package the retail food for delivery to the stores. It was hard work and long days, but brought the restaurant’s name and food to a wider audience than ever before. 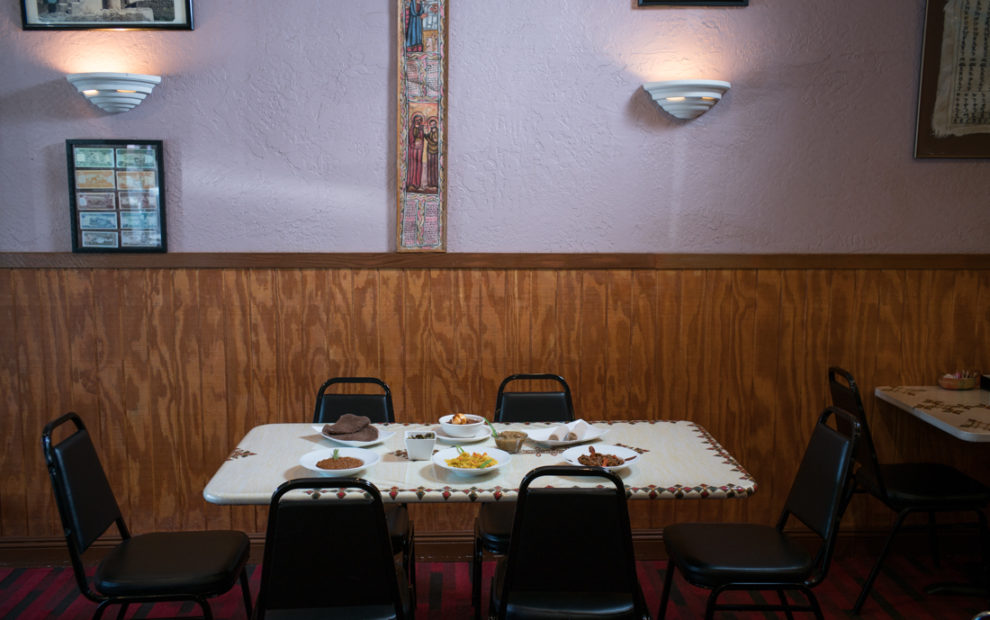 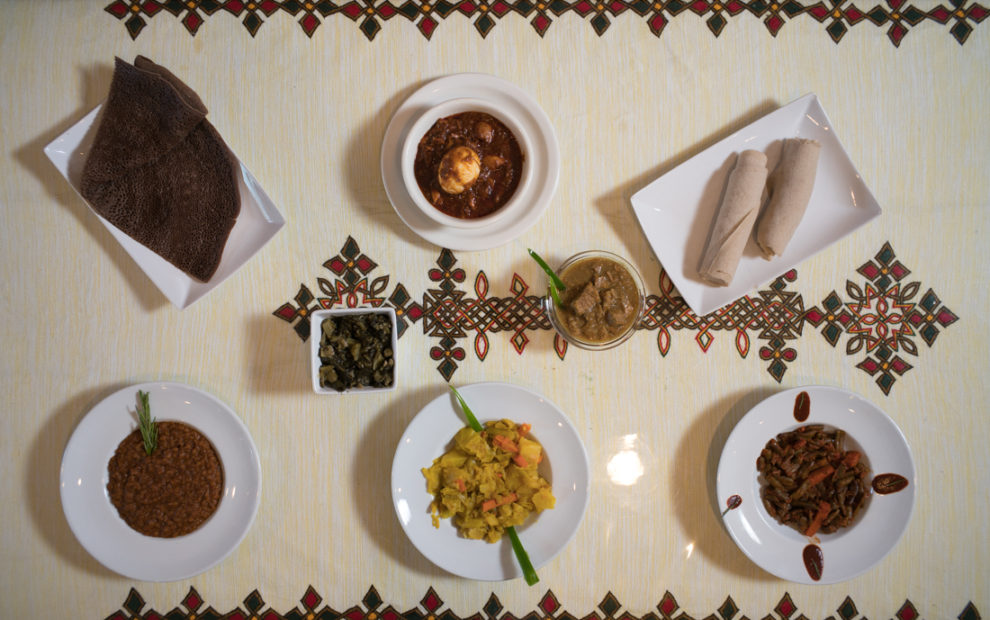 “There is a lot of opportunity here,” Abayneh says. “Our food is in the mainstream market. It’s a blessing.”

And with the recent acquisition of a 6,000-square-foot commercial kitchen in Mesa, Abayneh says he only hopes to get Cafe Lalibela’s food into even more grocery stores around the state and, eventually, beyond. The possibilities for growth are enough to make even the self-proclaimed “proud Canadian” that there are some things to appreciate about the U.S.

“That’s the good thing about America—you have to dream big.”