You wouldn’t know it by looking at him—with his seemingly laidback and introspective demeanor—but Bob Tam is restless.

He appears calm, cool and collected, but in reality, he’s got the pent-up energy of someone who’d rather be somewhere other than here, constantly itching to get to the only place he knows better than himself: the kitchen.

As co-owner and executive chef of Bitter & Twisted Cocktail Parlour, Tam is on a mission—a quest, if you will—to develop a menu that not only pairs well with, but also complements the downtown Phoenix restaurant’s innovative beverage program. Developed by co-owner and celebrated mixologist Ross Simon, the cocktail menu alone features 116 selections, each one of them begging to be paired with a scrumptious nibble created by Tam himself.

For Tam, it’s all about experimenting. Perhaps his former life working research and development for P.F. Chang’s paved the way for his curious nature when it comes to food and flavors. Or perhaps it’s his days working at the James Beard award-nominated Betelnut in San Francisco that inspires him to never settle. Wherever he gets it, Tam likes to play with his food.

Born in Hong Kong and raised in San Francisco, Tam comes from a tight-knit unit in which food was an essential part of the family fabric.

Tam admits his earliest memories are of food. He recalls the fried taro stand he and his siblings would stop at on the way to school in Hong Kong. He reminisces about shopping with his mother in San Francisco’s Chinatown, where she taught him how to pick meat, vegetables and ingredients at the age of 9. He remembers the encouragement and support his parents gave him when he decided to go to culinary school.

Since then, Tam has sharpened his cooking skills and deepened his love for the industry—particularly when it comes to developing and opening restaurants. Before opening Bitter & Twisted with Simon and fellow partner Rajan Hansji, he helped open Cyclo in Chandler and Gertrude’s at the Desert Botanical Garden.

“I love the industry a lot. There’s nothing more fun than creating a concept. It’s one of the needs I have to fill. If I’m not working on a menu or dish, I’m not feeding that need,” he says.

Eat My Words: A Culinary Approach to the Proust Questionnaire 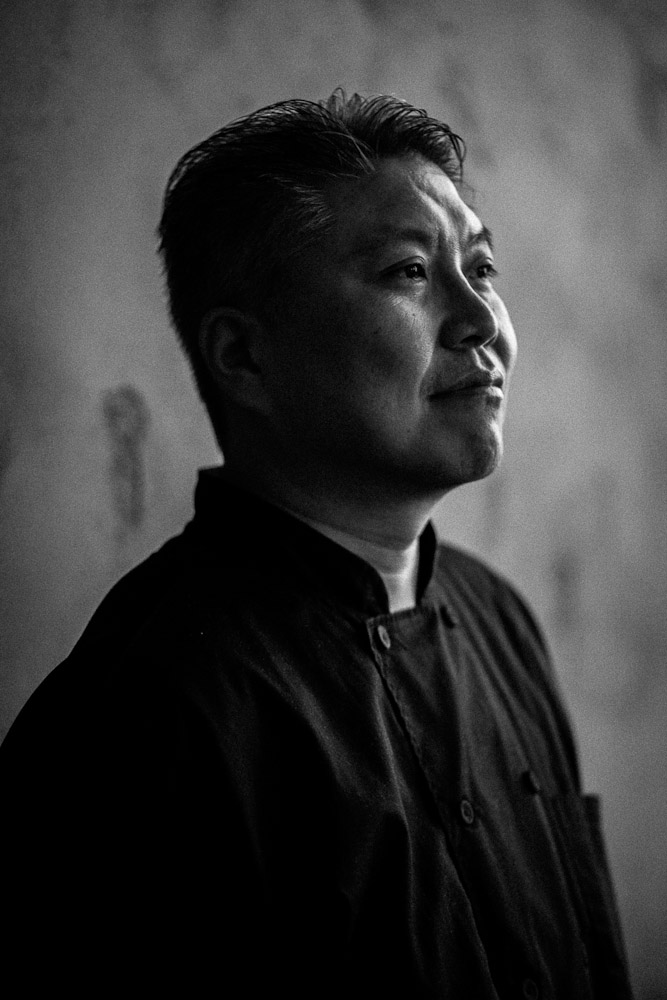 What is your idea of the perfect food? It’s the meal that makes you feel satisfied.

What is the trait you most deplore in yourself as a chef? Frustration.

What is your greatest food extravagance? Live Dungeness crab from Oregon. It’s the best crab I’ve ever had.

What is your state of mind in the kitchen? Always asking myself, “What’s next?”

What do you consider the most overrated ingredient? Lobster. I think it’s kind of tough and flavorless.

On what occasion do you lie in the kitchen? I don’t.

What is the quality you most like in a meal? Subtlety.

Which words or phrases do you most overuse in the kitchen? I say hello a lot. Actually, it’s “hullo.”

When and where were you happiest in your culinary career? Now. And when I was at Betelnut in San Francisco. I was younger and could party harder. It was like I was living a reality TV show there.

Which culinary talent would you most like to have? Gastronomy, the science part of it.

If you could change one thing about yourself as a chef, what would it be? Being able to remain calm.

If you were to die and come back as an ingredient, what would it be? Salt. I could literally go on anything.

What do you regard as the lowest depth of misery in the kitchen? Making the same mistake over and over and over.

What do you most value in your crew? Loyalty.

Which historical or iconic chef or person do you most identify with? David Chang. I remember eating at Momofuku for the first time and saying to myself, “This is what I want to do.”

What is your motto? If it don’t fit, force it.