A pair of Tucson women are learning that it’s not just the products of their new business that take time to ferment. The biggest plans for their concept will take time to develop, as well.

Bajo Tierra Kitchen started with a simple idea from owners Cynthia Smith and Elianna Madril. After taking up canning as a way to preserve and use the left over and “B-grade” produce they took home each week from their jobs with local farms, they wanted to do more to keep the food from going to waste. The canning turned to experiments with pickling and fermenting as they developed recipes for different produce.

“We have a lot of recipes we want to get out there. The goal for the business is to be an aide to the farmers,” Smith explains. “So when they have a bunch of carrots that aren’t selling (for example), they can call us up.” 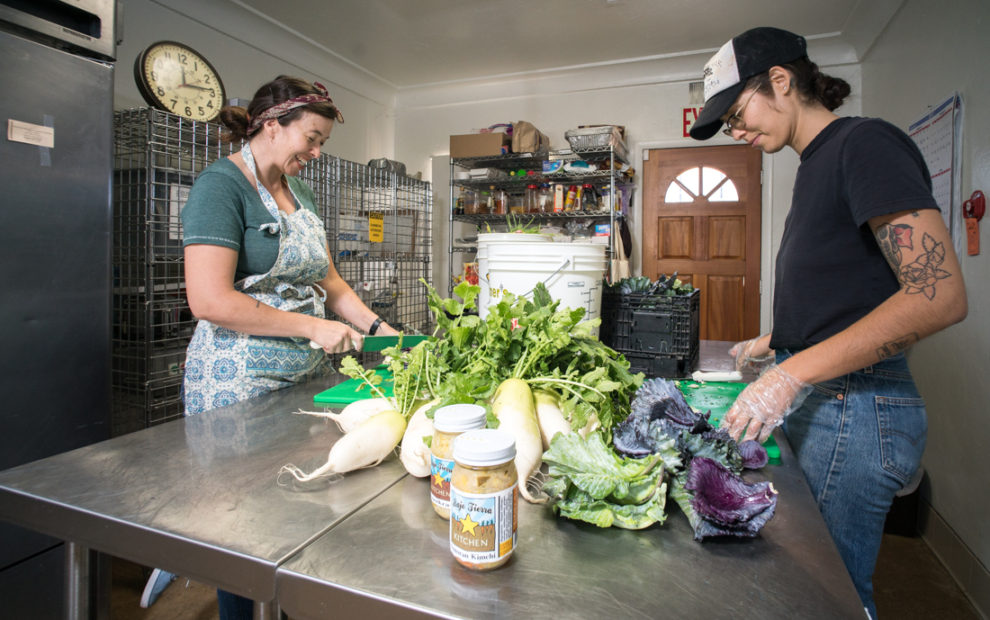 But first, each product needs to be tested and approved by the health department. That takes time—and money.

“Every product costs about $1,000 to get it tested to the point where it can be sold,” says Smith.

The two are not deterred, but instead take a page from their recipes and use time to their advantage. Bajo Tierra Kitchen launched in December with its first product, Sonoran Kimchi, inspired by the traditional Korean dish that ferments cabbage and spices into a potent preserve. It typically takes 20 to 30 days for the ingredients to ferment after they are prepared.

Kimchi has become popular recently as more people become aware of both Korean cuisine and the health benefits of probiotics, but Smith and Madril chose it for reasons other than its trend factor.

“We had friends and family do a taste testing and share their input. Kimchi was what we got the most positive feedback from,” says Smith.

It also can use a variety of vegetables and, given the cost and time for product testing, it was the strongest choice for their business debut. 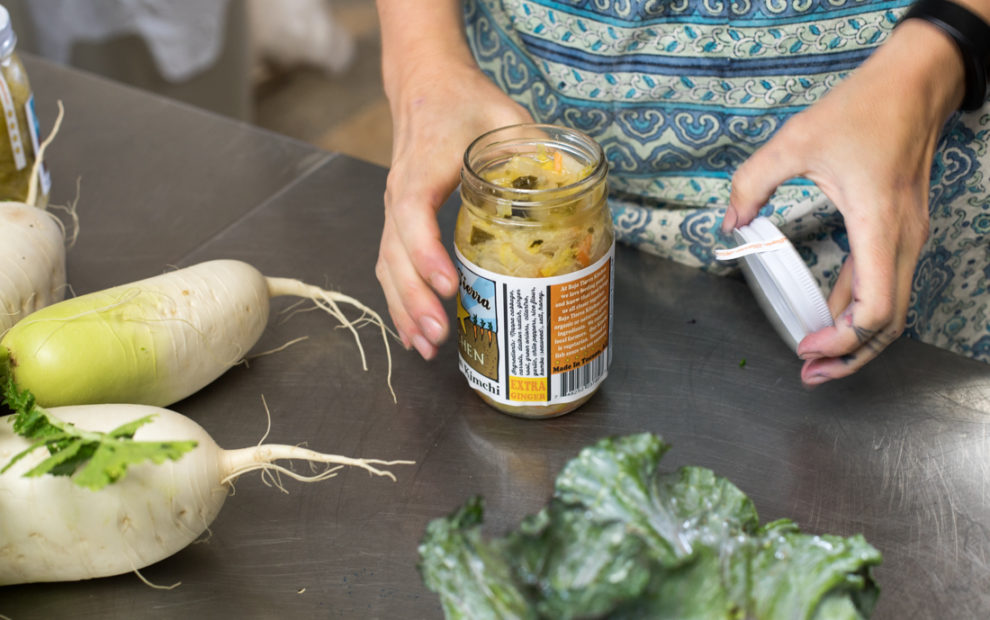 The Bajo Tierra Kitchen Sonoran Kimchi is different from the traditional Korean kimchi most Americans know. Smith comes to Arizona by way of Louisiana and Madril is a third-generation Tucsonan. They used their experience with local ingredients to the centuries-old process.

“We wanted it to be organic and we couldn’t source traditional kimchi chilis organically, so we started to experiment with other chilis,” says Madril, adding they use a variety of Anaheim peppers, Serrano chilis and jalapeños based on seasonality. “And cilantro. That’s where the Sonoran flavor comes from.”

Now that Bajo’s first product has gone through its fermentation process—from development to a popular response at Tucson farmers markets and co-ops—Smith and Madril have introduced their second product: sauerkraut.

The recipe is similar to the kimchi, making the testing process easier. Smith explains these are the small steps they’re taking toward the bigger picture for Bajo Tierra Kitchen, to be a phone call away for farmers with extra produce.

“We would already have a recipe approved,” she says. “We could make it and sell it. But because it takes so long to get the recipes approved, that will take time.”